WLS
By Will Jones, Cate Cauguiran and Jesse Kirsch 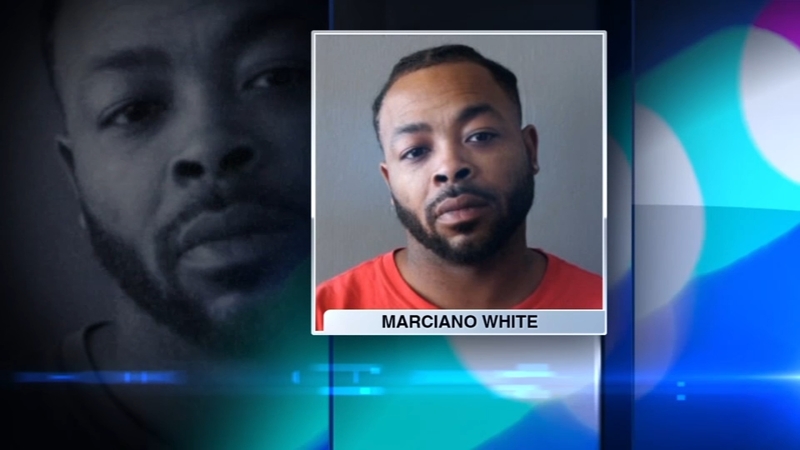 CHICAGO (WLS) -- Chicago police have charged one person who they say was at the scene with a gun when 13 people were shot at an Englewood home early Sunday.

But investigators said they're still trying to figure out if that person was one of the shooters.

Marciano White, 37, is facing a charge of unlawful use of weapon by a felon after police searched him at the scene. Police couldn't confirm whether White fired any shots during the incident.

Chicago police said officers were responding to the 5700 block of South May Street after Shotspotter Technology alerted them of shots fired around 12:30 a.m.

The shooting occurred at a gathering to celebrate the birthday of a 22-year-old man who was shot and killed in April while attempting a carjacking the South Loop, police said. He was shot by a 41-year-old concealed carry license holder, who police say was the victim.

"I was awoken by the sound of, seemed like 4, 5, or 6 gunshots and it seemed pretty loud, so it seemed kind of close," neighbor Terrence Daniely said. "I didn't see any commotion when I looked out the window but then shortly after I heard the sounds of people screaming and running from a party on the street."

"It was just so many people out, so many cars on the street, and the police response was amazing, it seemed like there were 100 police officers running to the scene," Daniely said.

Two people are in custody after 13 people were shot including a 16-year-old boy Sunday inside and near a residence in Englewood on the South Side, Chicago police said.

Before the gunfire erupted overnight inside the home, police said there was some sort of dispute.

Police said shots were initially fired inside a residence, and then people started to flee outside into the street.

"POD videos shows who was firing outside so we have some information about what happened there," said Waller. "One of the people who left the party also fired shots at a passing vehicle so we have about three different crime scenes to cover."

According to Waller, seven people were transported with gunshot wounds from the scene and six others transported themselves.

A 16-year-old boy was taken to an area hospital in critical condition but has since been stabilized, Waller said.

Several victims remain in critical condition, police said. The victims' ages are between 16 and 48.

At an earlier news conference, Chicago police said they had two people in custody. Officers haven't said if White was one of the two individuals.

But police did say they believe there was more than one shooter.

CPD said they plan to increase police presence in the area.

Our hearts are with the 13 individuals whose lives were significantly harmed after gunmen opened fire at a memorial gathering last night.

"I am praying for every member of every family that was affected today," said Jonathan Brooks, the church's senior pastor. "We know the violence doesn't just hit the actual victim but every person connected to that victim."

Illinois Gov. JB Pritzker said on Twitter that he's offered support and resources to Lightfoot and Alderman Stephanie Coleman, of the 16th Ward.

Pritzker said, "I'm outraged and devastated by last night's shooting. Our communities and our children should not have to endure these unspeakable tragedies and my heart goes out to the people of Englewood."

I’m outraged and devastated by last night’s shooting. Our communities and our children should not have to endure these unspeakable tragedies and my heart goes out to the people of Englewood.

Ald. Coleman said the shooting is not representative of the neighborhood and she's saddened by the violence over Christmas break.

"Very sad and very disappointed that our children, this is their welcoming not only into the Christmas holiday, but to their Christmas break," Coleman said. "I saw disappointment. I saw frustration. I saw fear. I saw lots of concerned neighbors getting to the bottom of it. I saw children at 12:30 in the morning, could you only imagine children out because there was that much activity going on."