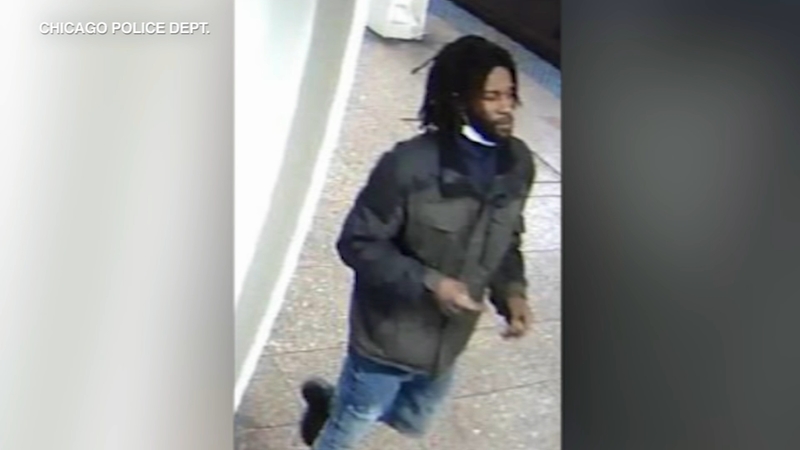 CHICAGO (WLS) -- Chicago police have released a surveillance photo of a man wanted for punching and robbing a passenger on the Red Line in the South Loop last week.

CPD said the victim was attacked on the platform at the Harrison station in the 600-block of South State Street Thursday night.

The suspect approached the passenger just after 6:05 p.m. and tried to take his cell phone from his hand, Chicago police said.

The suspect then punched the passenger twice in the face, according to CPD.

The suspect is described as 20 to 25 years old; 6-feet to 6-feet, 2-inches tall; having long hair and facial hair; and wearing a dark jacket, blue jeans and black shoes, Chicago police said.