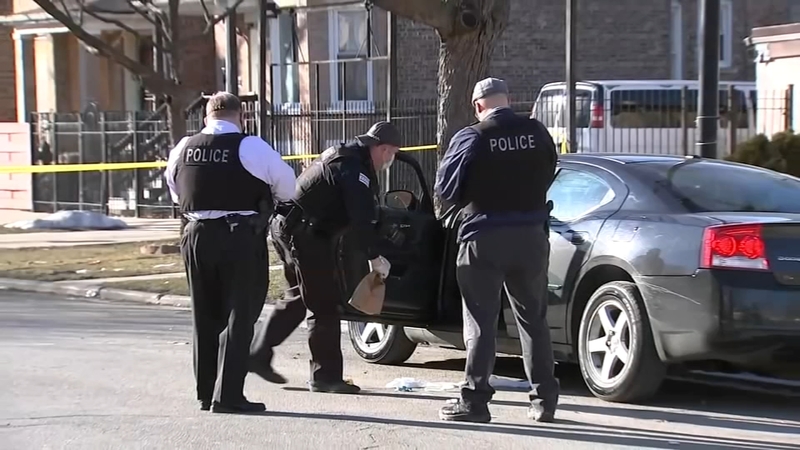 CHICAGO (WLS) -- A new website has been launched and roughly 40 more officers are being added to a joint task force in an effort to curtail the alarming rash of carjackings in Chicago.

Along with the Illinois State Police, the Cook County Sheriff and their federal partners, CPD also provided an update on their progress in combatting the surge in violence.

According to Chicago Police Department data, as of Sunday, there have been 366 vehicular hijackings in the city of Chicago. That's more than twice the number for the same period in 2020, during which there were 159. Additional data shows in February of this year, there were 128 carjackings. That's down from 213 the month before.

Police officials said Wednesday that of the 323 carjacking suspects arrested, nearly 45% are juveniles.

Task force officials said they have conducted several operations, netting more arrests in part because of helicopter air support from the Department of Homeland Security.

Supt. Brown said the reasons for the increase in carjackings are many and can often be tied to other crimes.

"The number one reason we found is joyriding," Brown said. "It's a shame that you would hold a gun to someone's head just to joyride, but that seems to be what our young people are doing that we're capturing."

Chicago police announced a new website where the public can leave tips about crimes as well as receive information about ongoing investigations and prevention tips.

"It's not just one specific vehicle," said Early Walker, founder of Operation Safe Pump. "It started off just certain types of vehicles, now literally they don't care. They're robbing and taking everything. It's sad."

Early Walker believes his initiative that places off-duty security guards at South and West Side gas stations and grocery stores to stand guard is helping.

"We have not had any incidents at any of the locations since we have positioned our officers," he said.