Chicago police officer dies by suicide on NW Side 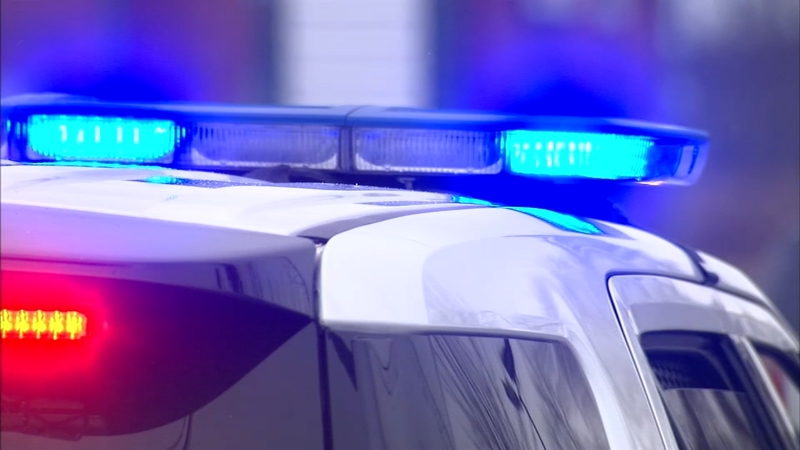 Chicago police officer dies by suicide on NW Side

The 36-year-old officer died from a self-inflicted gunshot wound Tuesday in the Jefferson Park neighborhood on the Northwest Side where he lived.

He was identified by officials as Officer Dane Smith. His is the fifth suicide by a CPD officer in the last six months.

Counselors have continued to visit officers in the 5th District after two officers were killed in the line of duty and two other officers took their own lives in recent months.

On Wednesday the daughters of Officer Regine Perpignan, who killed herself in September, left a thank you display with baked goods for their mother's former coworkers at the district headquarters.

Most people know the "code of silence" that refers to officers not wanting to report other officers, but there is another silence - a stigma about mental health - that is killing o

The organization Blue H.E.L.P. says at least 158 police officers across the country killed themselves in 2018. The Ruderman Family Foundation reported that nationwide there were 140 police officer suicides and 103 firefighter suicides in 2017.

The single greatest cause of death for law enforcement officers in 2018 was suicide, according to Blue H.E.L.P.

Miriam Heyman, senior program officer for the Ruderman Family Foundation, said the key to preventing suicides is breaking the silence around mental health.

"The more that police chiefs and fire chiefs talk openly and frequently about self-care, and wellbeing, and accessing services when needed, the more likely the people under them will actually access those services," she said.

Alexa James, executive director of the National Alliance on Mental Illness Chicago (NAMI Chicago) said more needs to be done to help first responders. NAMI Chicago is expanding its helpline hours later in January. The helpline refers more than 3,000 people each year to the mental health support they need.

"I promise that things get better, I promise that recovery is possible and I hope people can love those who are suffering and remind them of that," James said.

The Ruderman Report also found that first responders can have rates of depression and Post Traumatic Stress Disorder five times higher than the general population.

Chicago Police Superintendent Eddie Johnson emailed all CPD staff late Tuesday urging officers to check on their friends and seek support if they need help themselves.

CPD is in the process of adding more counselors to their Employee Assistance Program, and they have added more chaplains of various faiths.

If you feel suicidal or you're worried about someone you know, you can call the National Suicide Prevention Lifeline at 1-800-273-8255. You can also text the Crisis Text Line by messaging TALK to 741741. Police officers can text the word BLUE to 741741.

Devastated to share news of another #ChicagoPolice officer tragically ending their life yesterday after battling personal hardships. The pressure of being a police officer today cant be understated & we must do everything we can to support those who make our communities safer. pic.twitter.com/i4jXiSiXMq

The Fraternal Order of Police (FOP), the police union, issued a statement: "The FOP has been asked by the media to comment on the recent suicide of another police officer, which marks the fifth police suicide in the last year. We are hesitant to do so for many reasons, including protecting the privacy of the officer's family. No one knows with certainty why someone makes such a tragic decision. We are all left with a gaping hole in our lives. The FOP will re-double our efforts to work with the department and the city to make sure help is available for officers, and we ask each and every officer to keep an eye out for any officer who may be struggling with depression and guide them to get help. The FOP, however, can speak to the general morale of police officers in Chicago. The fact that the police are so vilified in the media and the political system, constantly subject to false allegations that lead to discipline and other forms of harassment, certainly takes its toll on police officers and is a leading cause of despair and low morale throughout the department. The FOP will continue to combat this false narrative on behalf of our members and ask the many good citizens and public who recognize the daily courage and dedication of police officers do the same."
Report a correction or typo
Related topics:
chicagojefferson parksuicidemental healthchicago police department
Copyright © 2021 WLS-TV. All Rights Reserved.
TOP STORIES
Teen killed in Chatham shooting, CPD says
Body found confirmed to be Gabby Petito, death ruled a homicide
Palatine dog attack victims sue owner, village after 3rd attack
Dozens of Oswego school bus drivers call out of work
Willie Garson, known for 'Sex and the City,' dies at 57
Boys, 15 and 14, wounded in Hyde Park shooting
Chicago Weather: Cool, windy with lake effect rain Wednesday
Show More
2 more arrested in IL for Jan. 6 US Capitol insurrection
Benet Academy hires coach after deferring job offer over gay marriage
McHenry mom shares story after nearly dying of COVID while pregnant
US Surgeon General discusses booster shots, health care worker burnout
'Paradise Square' musical set to debut in Chicago
More TOP STORIES News