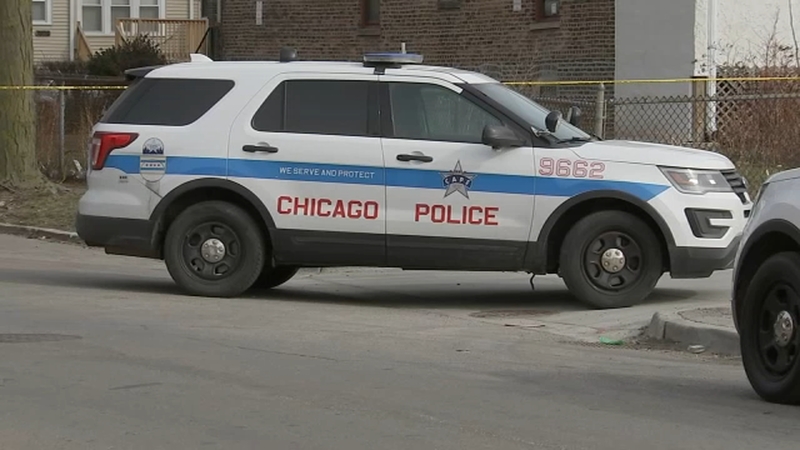 CHICAGO (WLS) -- A Chicago police officer was shot Sunday near the Gresham District police station on the South Side, officials said.

Investigators are looking through surveillance video from the area in hopes to find the shooter.

Authorities responded to reports of a person shot about 2:45 p.m. in the 7800 block of South Halsted Street and located a 45-year-old man with a gunshot wound, according to Chicago fire officials.

One of our own was shot in the @ChicagoCAPS06 police district parking lot earlier today, as a Chicago Police sergeant sustained a graze wound to the chin area & was transported to a local hospital in good condition. @Area2Detectives are investigating, no offenders in custody.

Chicago Police spokesman Tom Ahern confirmed an officer was shot "right near" the 6th District/Gresham station, which is located at 7808 S. Halsted St.

"One of our sergeants heard a gunshot and then felt pain in his chin area, on his face," said Chicago Police Superintendent David Brown.

The sergeant suffered a graze wound and was taken to Christ Medical Center in good condition for treatment, according to officials.

A Chicago police officer was shot outside the 6th District station and was transported to a nearby hospital.

"We're scouring our video both at the station and pod camera video as well as any CCTV private video that's nearby for further evidence," Brown said.

The sergeant was released from the hospital later Sunday evening, with his colleagues ready to greet him as he exited.

Superintendent Brown said the number of officers being shot at this year has been concerning.

"So far this year we are on a even greater pace than last year with 13 officers shot at or shot, with this sergeant being the first hit," Brown said. "It just highlights the dangers of policing in the current environment we're in."