'It was clear to me this wasn't a traffic stop,' witness said of shooting downtown Chicago
WLS
By Diane Pathieu, Chuck Goudie and Rob Elgas 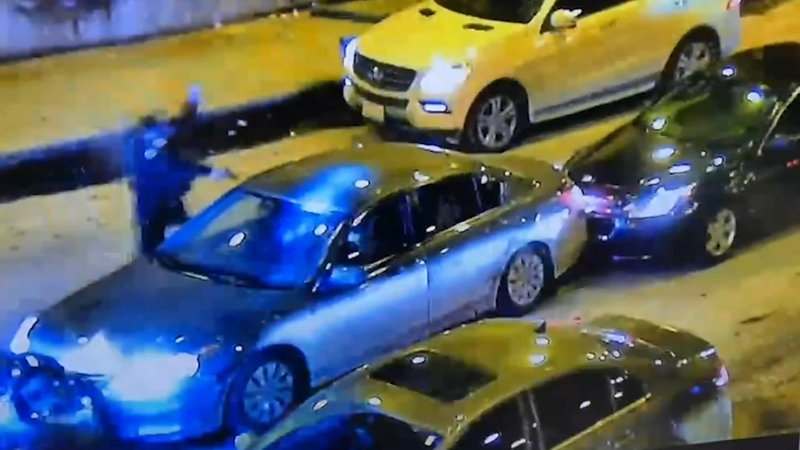 3 charged in downtown shootout with CPD

CHICAGO (WLS) -- Three men are charged after a shootout with Chicago police that left one of them critically injured Wednesday night.

Chicago police said officers were attempting to stop a car that had been taken in a carjacking with three men inside. After pulling the car over, as officers approached the vehicle, there was an exchange of gunfire, according to CPD.

Edgardo Perez, 24, was shot by police and taken to Northwestern Memorial Hospital in critical but stable condition. He is now charged with attempted first degree murder of a Chicago police officer.

The two other people in the car were taken into custody. Jesse Sanchez, 21, and Noel Centeno, 20, are also now facing felony charges for alleged possession of a stolen vehicle and weapons charges.

Two weapons were recovered, police said, a pistol with a laser sight and a revolver.

Chicago police shot a person downtown at Lower Wacker Drive and Columbus Wednesday night in the Loop, according to a CPD spokesman.

Video obtained by the ABC7 I-Team from law enforcement sources shows the dramatic confrontation as it happened when Chicago police shot a man in the heart of downtown Wednesday night.

The shooting happened around 8:45 p.m. near Lower Wacker Drive and Columbus Drive, an area which is heavily traveled both ways near the Chicago River.

The age and gender of the people in custody have not been released.

The scene cleared about 4:30 a.m. Thursday, and a car riddled with bullet holes was towed away.

Video from a police POD cam shows the first officer come to the passenger-side window, then go down for cover, either seeing a gun or responding to suspect gunfire, before getting back up to help other officers.

The Civilian Office of Police Accountability said it was responding to the shooting.

Brian Burns said he was a witness.

"As I was kind of pulling into that intersection, I heard gunshots starting to go off. I think it was between six and 10; I don't really remember exactly how many. Within two minutes there was like 20-30 cop cars like on the scene right there. You know, it was clear to me this wasn't a traffic stop," he said