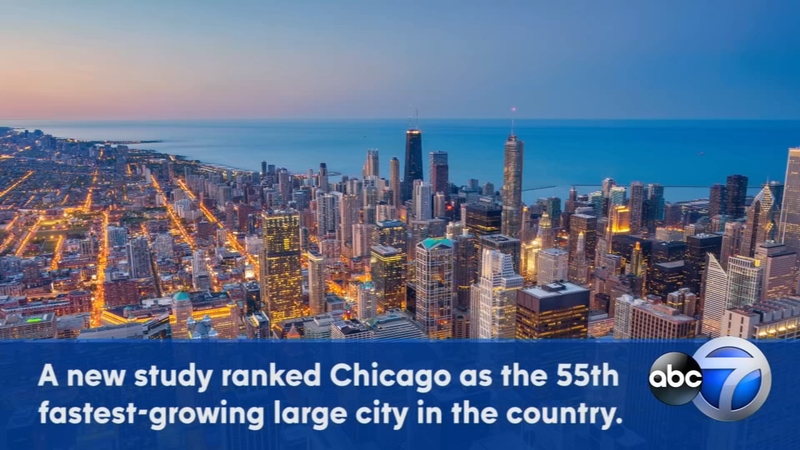 CHICAGO (WLS) -- Dozens of other big cities blew past Chicago with high-paced growth, according to a new study of the fastest-growing cities in the country.

Chicago ranked 55th among 66 big cities and 374th out of 515 cities overall according to personal finance website WalletHub. Cicero and Naperville were the only two Illinois municipalities to fare better in the study, with overall ranks of 373 and 347, respectively.

Other large Midwest cities such as Milwaukee and Cleveland also saw slow growth, according to the study. Milwaukee was ranked 61st and Cleveland came in 66th, last among big cities. Omaha, Nebraska, was the highest-ranked big city in the Midwest, taking 27th place.

WalletHub based the study on metrics such as job growth, population growth, building permit activity and business openings. Each city was then given a score on a 100-point scale.