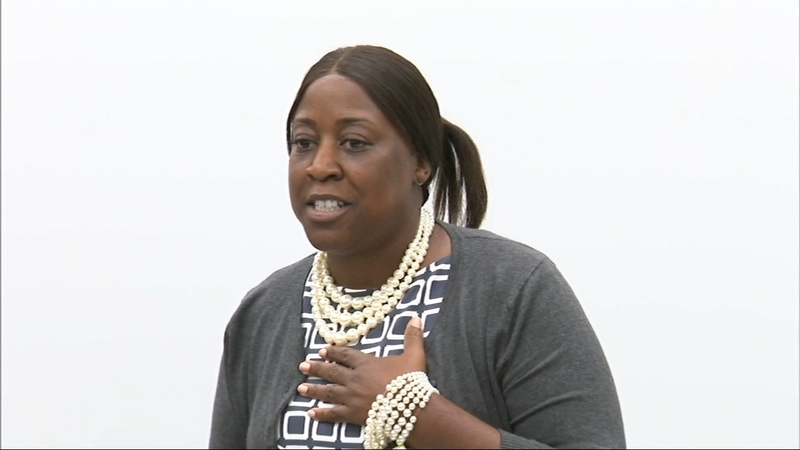 CHICAGO (WLS) -- The principal at King College Prep in Bronzeville is under fire after telling parents she made the dress code more conservative in an attempt to prevent sexual assaults.

School hasn't even started and one of the classrooms was a contentious place Thursday night.

"As I've said I'm here to listen and I will respond to the community at a later date," said Principal Melanie Beatty-Sevier.

Beatty-Sevier, the new principal of King College Prep, refused to weigh in on backlash to her comments.

In a video obtained by the Chicago Sun-Times, she says, "The dress code, as we already stated, there has been sexual abuse cases throughout the city of Chicago. These things are put in place to, why, why should we allow students to dress provocatively?"

On the video you can hear parents in the room audibly gasp. One of those parents took her outrage before the Board of Education

"Is that the new protocol? Are we blaming the young ladies?" one parents asks.

In a statement a Chicago Public Schools spokesperson said, "The district strongly disagrees with Principal Beatty-Sevier's comments and we are evaluating appropriate disciplinary options."

"I was shocked not just because she said but she believes it," said Jonathan Williams.

"To hear her say and to allude that somehow dress is responsible or is connected to the rape culture," said one King College Prep mother.

There's also a lot of confusion. The new dress code, they said, has never been specifically spelled out.

Former parents said the principal's critics are stonewalling her and refusing to let Beatty-Sevier make her mark at King College Prep.