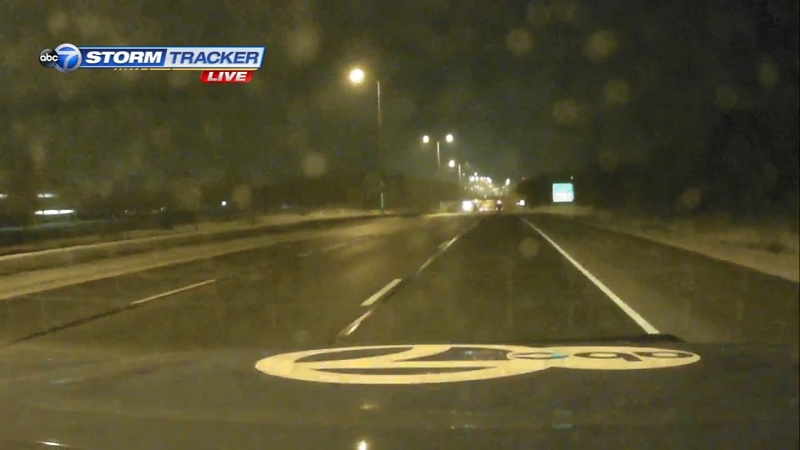 CHICAGO (WLS) -- A person was struck by falling ice Friday on Chicago's North Side.

Chicago Fire Department officials said the person was treated at the scene near North Broadway and West Lawrence Avenue in the city's Uptown neighborhood. CFD did not release further details.

The melting ice created a big danger this week for people walking and driving through downtown Chicago. Even more large chunks fell from skyscrapers and high-rises Thursday.

As a result more roads and sidewalks were blocked off. Some people actually had to dart out of the way to avoid getting hit.
One driver was not so lucky, with ice crashing through a parked car.

Freezing rain overnight wrapped up before the Friday morning commute, but some slick spots remained.