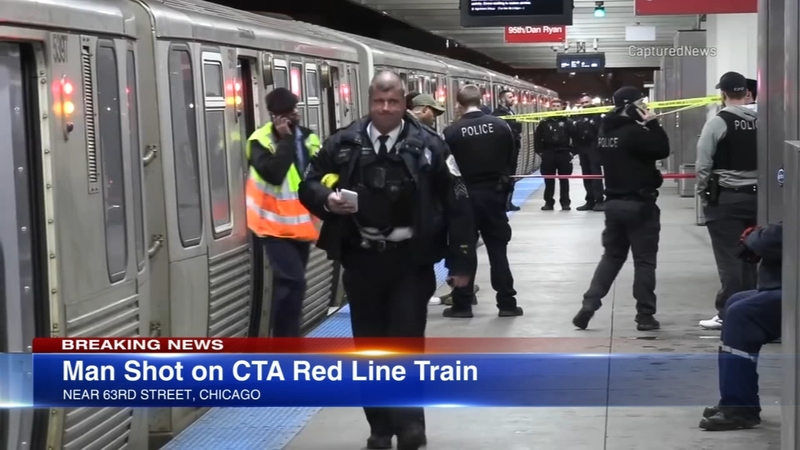 Chicago fire officials said the shooting happened shortly before 9 p.m. Emergency crews and police responded to the platform of the 63rd Street station in Englewood.

Chicago police said a 25-year-old man was in a train car around 8:30 p.m. when he got into an argument with four other people. One of those people pulled out a gun and began firing.

The victim was struck twice in the stomach and taken to University of Chicago Medical Center in critical condition.

CTA tweeted that 95th Street bound Red Line trains are standing at 63rd Street due to police activity and service has been temporarily suspended between 47th Street and 95th Street. Shuttle buses are available for connecting service between 47th and 95th, including #3 King Drive, #4 Cottage Grove, #12 Roosevelt, and #29 State Street.

Significant delays should be expected. The duration of the service interruptions was not yet known.