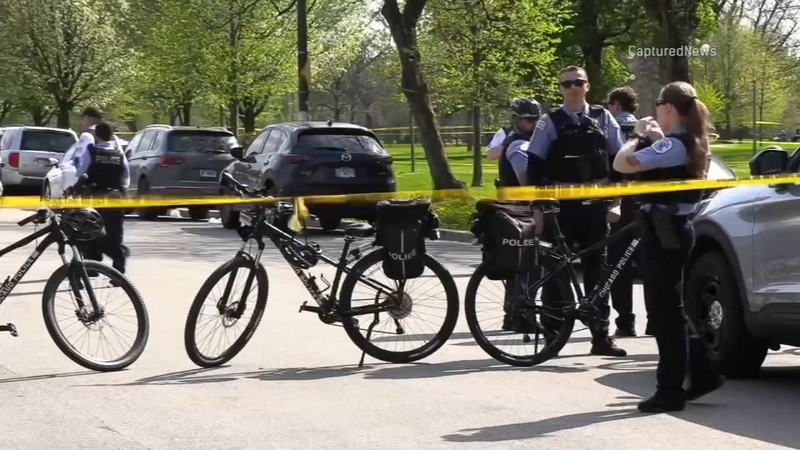 Chicago police said a 34-year-old and 35-year-old man were standing in the 1300-block of East Louis Munoz Marin Drive around 3 p.m. Monday when two people approached them, pulled out guns and opened fire.

"It's hard to hang out with these guys shooting and everything. Man, and then they're talking about coming to Humboldt Park, and all they're doing is shooting. They're messing it up for us," said Juan Tolentino, Humboldt Park resident.

One suspect was taken into custody, Chicago police said. Charges are pending. The other alleged shooter has not been arrested.

The shooting happened on the east end of Humboldt Park itself, near the tennis courts.

About two and a half hours earlier, three males aged 16, 18 and 30 were shot multiple times by two people who got out of a car in the 3900-block of West Thomas, more than a mile west of the park shooting.

All three victims were taken to a local hospital in critical condition, though two of them have since been upgraded to good condition. No one is in custody for that shooting.

"I don't think this is a reflection of Humboldt Park at all. I think as we saw the other night in Lincoln Park, it's pretty much all over the city. I want to stress that, that Humboldt Park is a beautiful park," said Andrew Bohlen, Humboldt Park resident.