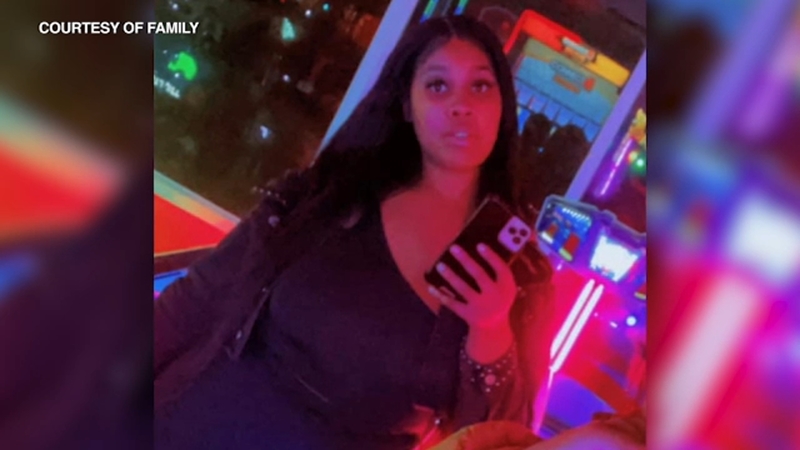 CHICAGO (WLS) -- The family of two women shot in River North Saturday are speaking out about what they said led to the deadly shooting.

Tashawnna Anderson, 26, and her sister, 31-year-old LaShawn Anderson, were inside the 10Pin Bowling Lounge in River North when Tashawnna caught her friend's boyfriend with another woman, according to family.

"She told me to tell her daughter she loves her. After that, she wasn't taking breaths. She was trying to breathe. And it wasn't going away," said LaShawn, who also suffered a gunshot wound from the incident.

LaShawn is now left barely able to walk after being shot through the thigh and watching her sister take her last breath.

"I'm telling her, 'You could make it! You can hold on!' Because I know she's strong,'" LaShawn recalled.

The family shared what would be the final picture of Tashawnna, taken inside of the bathroom at 10Pin shortly before she went outside to meet her friend, who was confronting her boyfriend.

Family has identified 26-year-old Tashawnna Anderson as the woman fatally shot after an argument near the House of Blue in River North Saturday.

Shortly after 1 a.m. Saturday, LaShawn said she witnessed the unthinkable.

LaShawn said she saw the man get out of the passenger side and punch her cousin to the ground before taking aim at the two sisters. Both of them were able to reach the other right at the spot where LaShawn said she worked desperately to save her sister's life.

"I was putting pressure on her wound so it wouldn't bleed out no more," LaShawn said.

But Tashawnna didn't make it, as the alleged shooter drove off.

Police said, at this time, no one is in custody, as Tashawnna's family is left grieving this sudden loss.