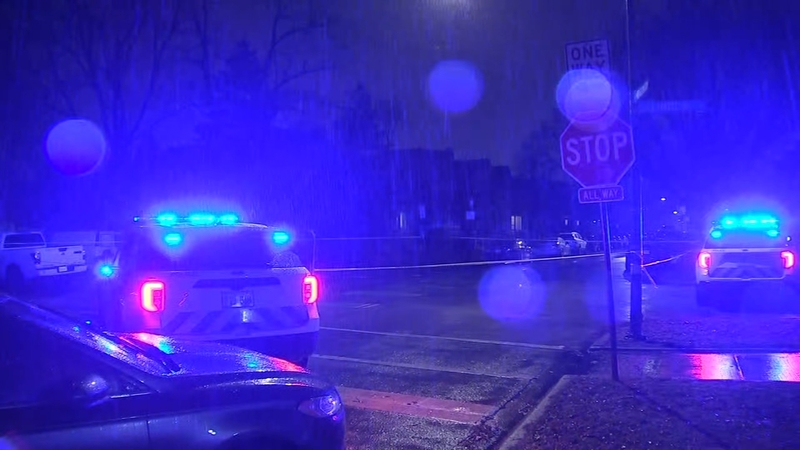 CHICAGO (WLS) -- A 1-year-old girl suffered a graze wound while riding in a vehicle in the Belmont Cragin neighborhood Friday, Chicago police said.

It happened in the middle of the intersection of Linder and Wrightwood just after 6 p.m., Chicago police said.

The 13-month-old baby was in the backseat of a vehicle when she was grazed by a bullet in the head or neck, officials said.

The child was driven, likely in the same vehicle she was riding in, to Lurie Children's Hospital, where she remains hospitalized in good condition.

Had the bullet traveled an inch in a different direction, it could have been a much different outcome. Nearby residents were upset to hear of such a young gunshot victim.

"That's tough, you know," Belmont Cragin resident Jaiden Rodriguez said. "You don't don't want to see that happen to anybody, and the fact that it happened to somebody so young, I hope that she's okay, and prayers out to the family.

It came on the heels of another shooting Thursday night that seriously wounded four people, including an 11-year-old boy, who was shot in the thigh. He is expected to recover.

At least 53 juveniles have been shot in Chicago so far this year, according to police data. It's a slight decrease, by less than a handful of shootings, from the same period last year.