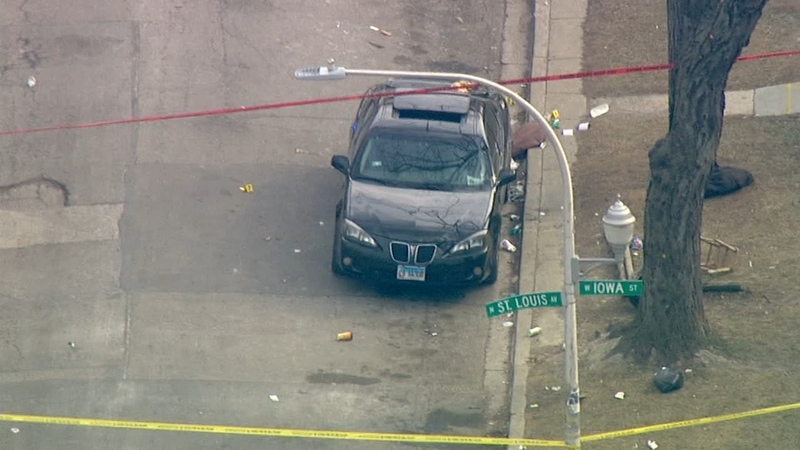 CHICAGO (WLS) -- One man was killed and another was injured in a shooting in Chicago's Humboldt Park neighborhood Thursday afternoon.

Chicago police said the two men were shot near the intersection of N. St. Louis and W. Iowa Street around 2:43 p.m.

A 32-year-old man who was shot in the left side of his body was transported to Stroger Hospital, where he later died. His identity has not yet been released.

A 33-year-old man sustained a graze wound to the left shoulder, police said. He refused medical treatment at the scene.

Police said the victims and witnesses were being uncooperative with the investigation.

Area Four detectives are investigating. So far, no one is in custody.