Gardener killed in West Pullman shooting that also took rapper's life ID'd: 'He's all I had' 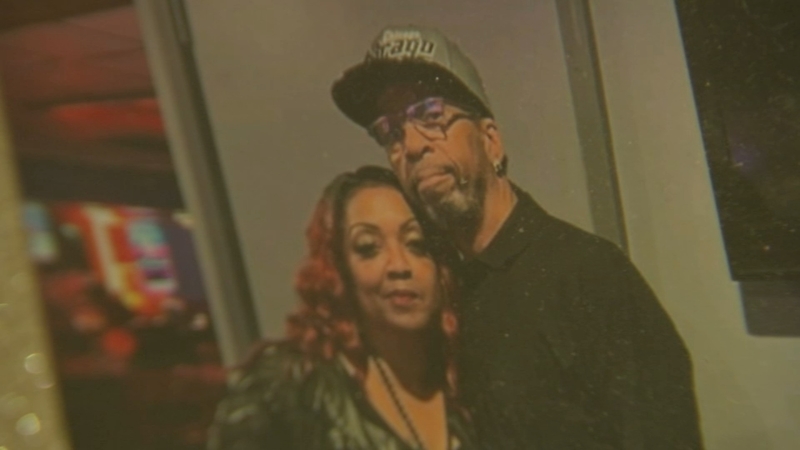 CHICAGO (WLS) -- The gardener killed in a West Pullman shooting that also left a 26-year-old aspiring rapper dead Saturday afternoon has been identified.

She already lost her son in a shooting five years ago. Now she's spending Mother's Day grieving the loss of her high school sweetheart.

"He was a loving person. He was funny. I've been with him since I was 14 years old. I don't know nobody else. He's all I had," Sharon Purnell said.

The grief for the mother of Brandon Slater, who was also gunned down in broad daylight Saturday, is unimaginable.

Diane Archer is trying to comprehend that nearly five months after burying one son as a result of gun violence, she must now bury another.

"We were just cooking our Mother's Day dinner like I always do," said Archer, the younger victim's mother. "He was an aspiring rapper. Everyone knew him as 'Benji.' He was trying to do good. He had a son."

Slater was shot and killed as he and a friend walked out of a West Pullman home in the 11600-block of South Lowe Avenue about 2:45 p.m. Saturday.

It's a home that was in the midst of preparations for a large Mother's Day celebration Sunday. Those preparations included hiring Purnell to come mow the lawn.

"He was cutting the backyard. They had called him to cut the backyard because of the big celebration tomorrow," said Pastor Donovan Price, a victims' advocate, on Saturday.
RELATED: Chicago shootings: 15 shot, 3 fatally, in weekend violence, CPD says

Purnell, according to detectives on the scene, appeared to have come out from the back after hearing the initial round of gunfire. He was struck in the chest and later died at Christ hospital.

Larry Purnell's brother Jared was there working with him when the shooting took place.

"Shielded by the house we thought. Next thing I know, he in my arms," Jared Purnell said.

Larry Purnell was considered the rock of the family, while providing for them through a landscaping job he did over the last five years.

He was also just two weeks away from turning 65.

"I was gonna plan a party for him, which he didn't know anything about, and now I got to plan a funeral," Sharon Purnell said.

Purnell's family shared a GoFundMe page where they are raising money to give him a proper burial.

As the family continues to mourn, they're pleading for an end to this gun violence plaguing Chicago.

"Chicago is a great city, world renowned, internationally known, but things taking place in Chicago is unacceptable," Jared Purnell said. "It isn't just the South Side it's all over the city of Chicago."

A motive for the shooting has not been determined.

Initial reports from police appear to indicate that a car drove up to the home. Someone got out of the car and opened fire directly at Slater.

According to police, Slater's 27-year-old companion was also injured, shot once in the leg. He is now recovering at Christ hospital.

No arrests had been made Sunday.