Firefighter injured after falling off roof, 2 others hurt in South Side house fire, CFD says 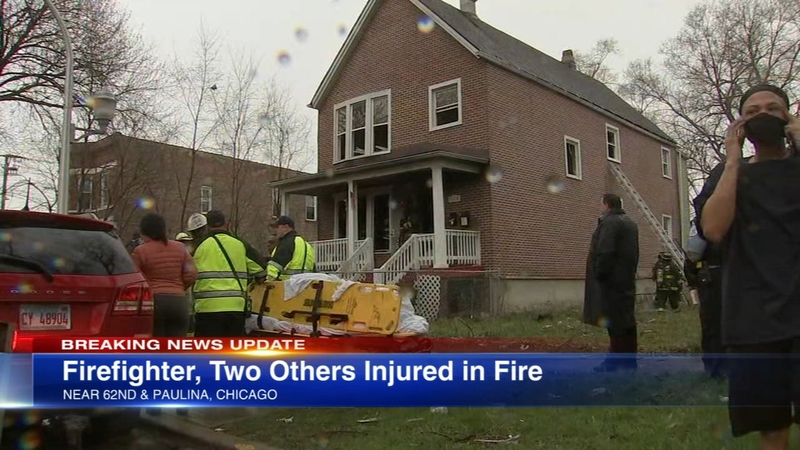 CHICAGO (WLS) -- Three people, including a firefighter, were injured after a house caught fire in Chicago's West Englewood neighborhood Friday.

Firefighters were battling a blaze in the 6200 block of S. Paulina Street when a firefighter fell off the roof of a two and a half story building, officials said.

The firefighter was transported to the University of Chicago Hospital with non-life-threatening injuries, according to CFD spokesperson Larry Langford.

One firefighter injured fighting a still and box alarm in the 6200 block of south Paulina. The member fell from a roof on a two and a half story building. He is in serious but not life threatening condition at U of C.

Two other people were also transported to the hospital after being rescued from the home.

Firefighters are simultaneously battling a massive fire at an Englewood church. The two fires do not appear to be related.