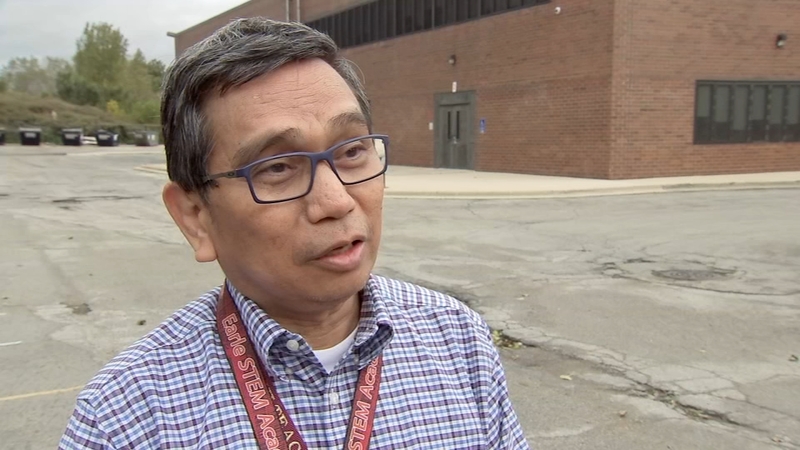 CHICAGO (WLS) -- As thousands of Chicago Public Schools teachers are on the picket lines, one West Englewood teacher is crossing over.

When Joseph Ocol's fellow teachers went on strike last Thursday, he stayed inside his classroom with students at Charles E. Earle STEM Academy.

Ocol said he made a promise to himself to not leave his students when the Chicago Teacher's Union went on a seven-day strike in 2012.

"I told myself, if there's going to be another strike, I'm not joining the strike, because I cannot leave my students," Ocol said.

It's not the math teacher and chess coach's first time crossing the picket line. In 2016, Ocol was kicked out of the CTU for refusing to join teachers during a one-day walkout.

He said it was a small price to pay for remaining true to his commitment to his students.

"I am a teacher, and as a teacher, I should be with my students, inside my classroom, inside the school building," Ocol said.

Ocol's chess team went on to win the national championship in 2016. They took fourth place this spring.

London Coleman, a first grader, is one of Ocol's students.

"I think Mr. Ocol is good and he's a good teacher," Coleman said.

The strike is impacting Ocol's chess team's future, they should be competing in a district-wide chess match against other CPS students Saturday, but it was canceled.

The CTU said Ocol has the right to do what he wants, and that they also are fighting for their students.