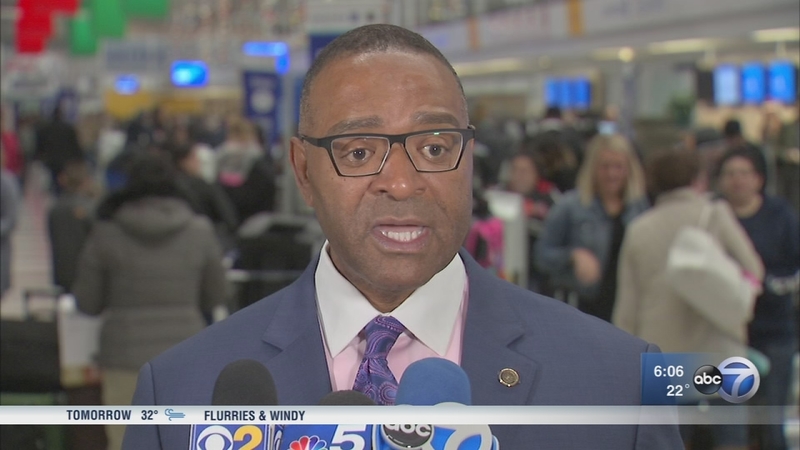 CHICAGO (WLS) -- Cook County Commissioner Richard Boykin headed to the United Nations in New York Thursday to ask for help fighting violence in Chicago.
"I'm hoping to appeal the UN to actually come to Chicago and meet with victims of violence and maybe even possibly help out in terms of peace keeping efforts," Boykin said.

Boykin boarded a plane to New York City for a meeting with an Assistant Secretary General of the United Nations. It's a meeting that's been planned for more than a month and stems from disconcerting violence numbers seen this year in Chicago. Violence which is felt particularly hard in many African American communities.

The mayor's office says the call for UN peacekeepers is a political stunt. The police superintendent said it's a nice idea, but it's not the answer to Chicago's violence.

"I appreciate the commissioner's energy and his anxiousness to help reduce the gun violence in Chicago, I really do commend that, but at the end of the day the UN has no jurisdiction here, they really have no jurisdiction in this country," Chicago Police Supt. Eddie Johnson said.

Other suggestions for helping Chicago police have included bringing in the National Guard, but that too has been dismissed as a gimmick or not practical. Johnson said that despite a record number of murders last year, new policing strategies are having an impact.

"This year we are down about 110 in raw numbers from the murders last year and about, over 700 shootings down, so I'm pleased with it. It's not cause for celebration but it is showing progress," Johnson said.

Commissioner Boykin said that that his 40-minute meeting went very well. He said he learned the UN is working on a global youth violence report, which should be finished soon.