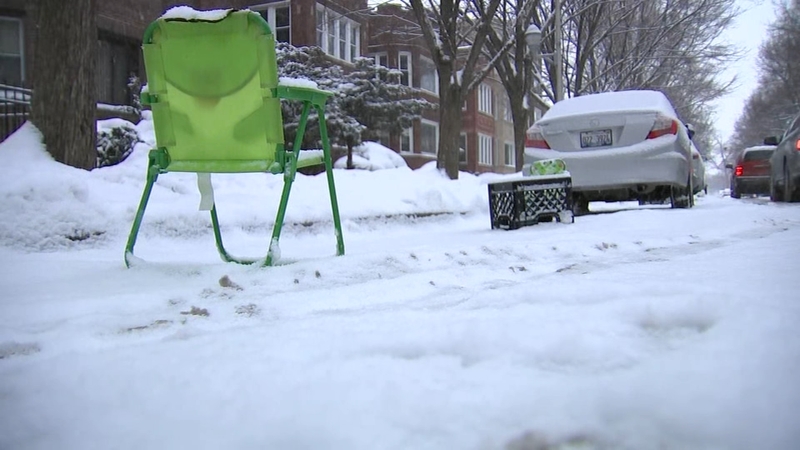 Chicagoans digging out again before snow freezes over


The stream of oversized snowflakes may have looked like the inside of a snow globe, but the little thrills of winter are quickly turning to regular frigid tasks.

"I go out every few hours so it doesn't get so heavy," said Nicole Larson.

The growl of a snow blower means the operator won't have to be at it long- but at this point, several days and countless clearings later- people are just trying to keep up. Others are seizing on this very snowy cycle.

"I love shoveling snow," Chris Michaels said. "If there were a health club with a snow shoveling machine, I would use it."

On the city's South Side, a neighborhood Good Samaritan was out wandering with a shovel looking for any takers- an elderly neighbor in need, or someone willing to pay for the job.

"Anybody that's stuck, i'll help 'em out," Gresham resident James Carver said. "All this ain't nothing but snow. This is ice."

Another round of snow means already-limited parking is being cluttered by ever growing, and now frozen, mounds.

"If you ain't got your car out now, you stuck," Carver observed.

"Horrible. Streets slipping. You see trucks out but they not dropping any salt. It's slippery," Gresham resident Yolanda Reid said.