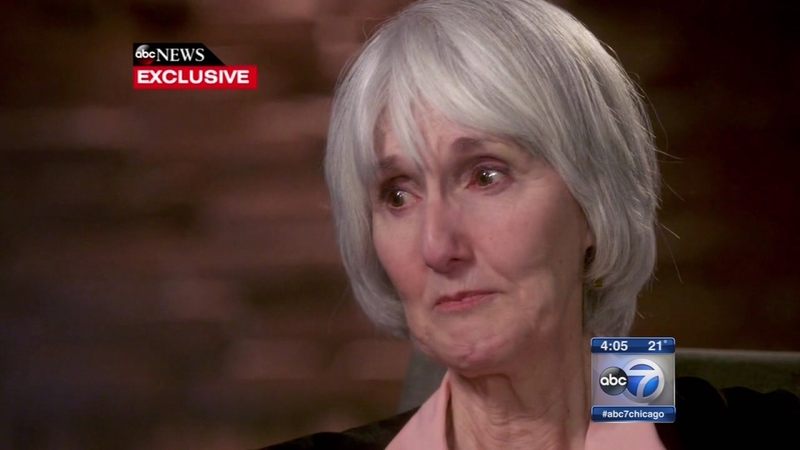 CHICAGO (WLS) -- On April 20, 1999, Dylan Klebold and Eric Harris walked into Columbine High School in Columbine, Colorado, and opened fire, killing 12 students and one teacher, and injuring 24 more before killing themselves. In the 17 years since that massacre, the word "Columbine" has become synonymous with school shooting and tragedy.

After all this time, Sue Klebold, mother of Dylan, spoke exclusively to ABC's Diane Sawyer for the first time about what her son did. The interview will air on episode Friday, Feb. 12, at 10 p.m. Eastern/9 p.m. Central on 20/20.

"There is never a day that goes by where I don't think of the people that Dylan harmed," Klebold told Sawyer. When Sawyer questioned her word choice, she admitted, "I think it's easier for me to say 'harmed' than 'killed' and it's still hard for me."

Klebold has written a book examining her own role in the shooting, and looking at ways to prevent more school shootings in the future.

"That's it, the question the parent everyone is asking: What did they miss? And tonight, Sue Klebold will show you what she did. She went back over her life, she says with a kind of magnifying glass, to look at the questions she didn't ask, the things she didn't think about, the crucial intersections where she should have done something and she didn't," Sawyer says.

"Part of the shock of this was learning that what I believed, how I lived and how I parented was an invention in my own mind. That it was a completely different world he was living in," Klebold tells Diane in the interview.

Sawyer does not just focus on the events of that single tragedy in her interview, however; instead she pushes out beyond the boundaries of Columbine to look at school shootings as a whole.

"It is about all of us and America today trying to figure out what we do and how we prevent this," Sawyer says.

Klebold wants parents to understand that, at the time, she was just like other parents: confused, bewildered, horrified and sad.