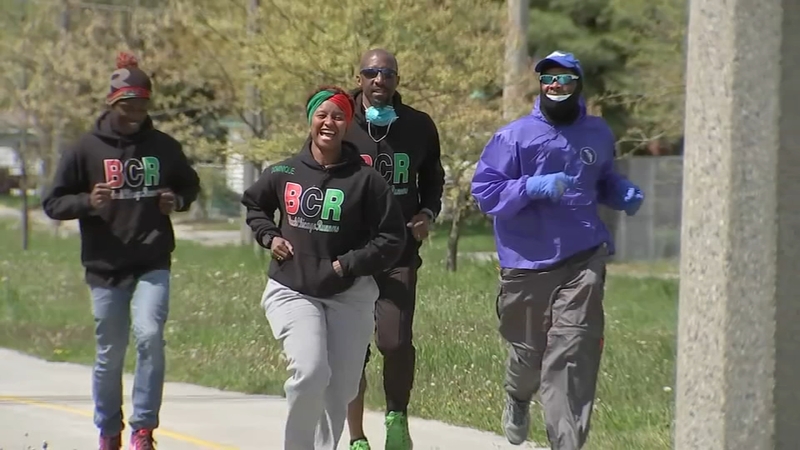 CHICAGO (WLS) -- Runners in the Chicago area pounded the pavement Friday in memory of Ahmaud Arbery on what would have been his 26th birthday. He was killed while jogging in a Georgia neighborhood.

"It was just really touching for me and also heartbreaking because you don't expect to go for a run and not make it home," participant Markea Haywood said. "It is a time where you can clear your thoughts. You can think of what you have going on in the world or just be free."

Many people across the country put in 2.23 miles to represent the date of Arbery's killing, February 23, and posted a selfie on social media with the hashtag "I Run With Maud."

"I like to participate in things that effect my community, be it as runner or as a person of color," participant Debra Harris said.

"The message that I hope this sends is that we are people too. And that we matter, black lives matter," said Anna Horn, another participant.

"It has really been something that runners have come together for in a large way, not just here, but around the country," Hipp said.

Gregory McMichael and his son, Travis, were arrested and charged Thursday with murder two days after the release of a video showing the fatal encounter.

Back in February, police say Gregory McMichael told them that Arbery looked like the suspect in a string of burglaries in the neighborhood. Arbery wasn't armed.

Kassoum Doumbia said that's why he prefers to run on trails rather than in residential areas. He's fearful of being racially profiled.

"I just stopped going to certain neighborhoods and then find a running trail where I can go easily, where everybody can see me running, so I won't be a target like that," Doumbia said.

Runners at the event said they hope the deadly shooting does not discourage anyone from going for a run. They said taking care of your health is important.
Report a correction or typo
Related topics:
community & eventsmurderrunningu.s. & world
Copyright © 2021 WLS-TV. All Rights Reserved.
More Videos
From CNN Newsource affiliates
TOP STORIES