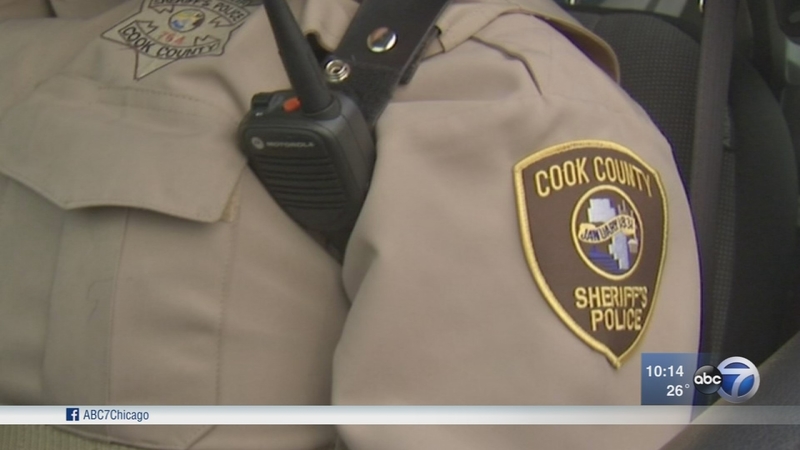 CHICAGO (WLS) -- A high-ranking Cook County police official is under investigation by the department and Major League Baseball. The I-Team has learned baseball investigators said Deputy Chief Mike Anton used law enforcement credentials in an attempt to get a teenage relative into the World Series.

Sheriff's officials told the I-Team that the veteran Deputy Chief Anton is under investigation after a complaint from Major League Baseball. At issue are MLB credentials issued to police for law enforcement use that Anton and a 16-year-old relative allegedly tried to use to get into Game 5 at Wrigley Field.

But that's not all Major League Baseball is alleging. They also claim two uniform deputy sheriffs were seen in the stands watching batting practice and drinking beer.

Anton has been with the Sheriff's Department for nearly 28 years and is now head of special investigations, vice and human trafficking. He is the focus of an Internal Affairs investigation for what happened at Wrigley Field before Game 5 of the World Series.

MLB officials tell Cook County that Anton and a 16-year-old boy, said to be a family member, attempted to get into the ballpark using law enforcement game credentials.

"They're not given credentials to go watch the baseball game, they're given it to assist with keeping the peace," said Cara Smith, Cook County Sheriff's Dept. Chief of Policy.

Smith told the I-Team even though Cook County didn't provide personnel for the World Series, individual officers may offer to help and be credentialed.

"The mere having that credential is not a problem, the concern is if a credential was provided to someone who wasn't authorized to have it," Smith said.

Anton is currently still on the job at his full salary of nearly $120,000 a year, while sheriff's officials work with MLB investigators. The MLB in New York Thursday declined to comment about Anton's case or what allegedly happened during batting practice before Game 5. Sheriff's officials said baseball investigators claim to have video of two unnamed deputies in uniform drinking beer.

"We've made numerous requests for the video, we have not yet received it yet, so that, our ability to kind of move forward with that part of the investigation has been stalled-pending receiving the video so we can look to see are these sheriff's employees, who are they?" Smith said.