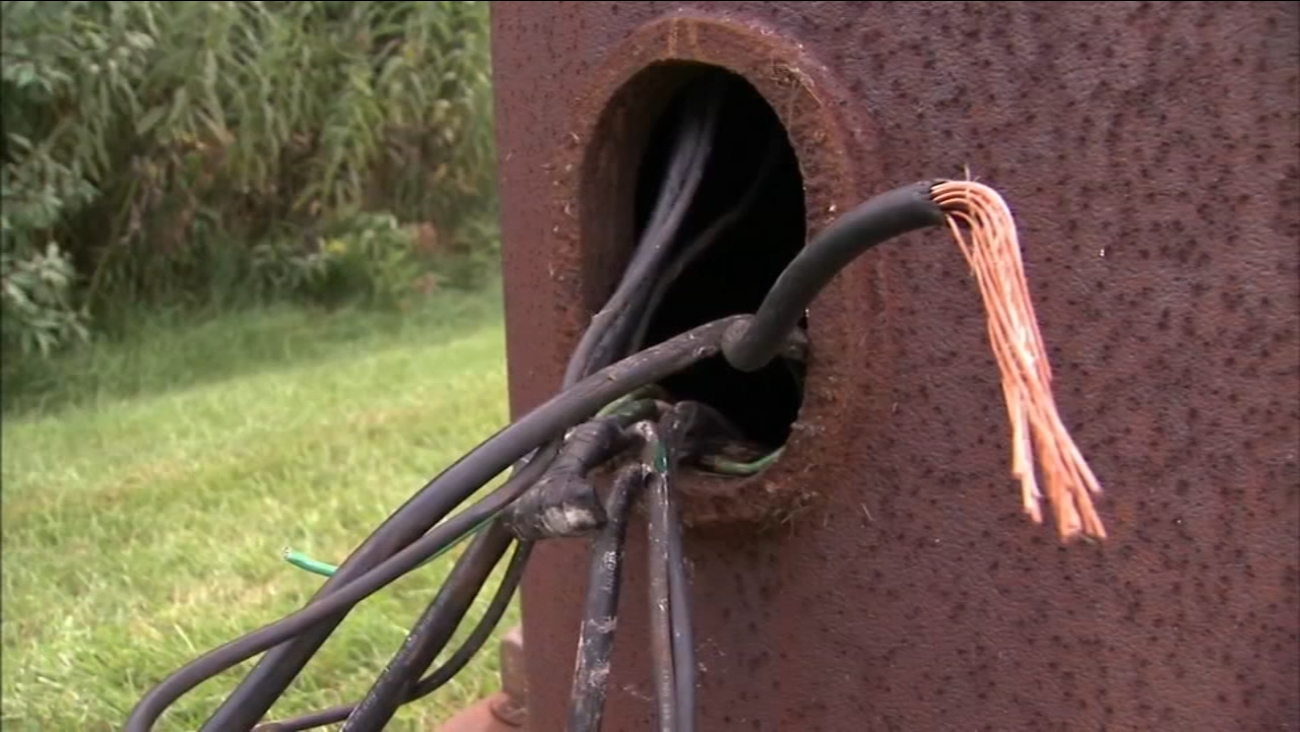 Copper wire thefts targeted three Hammond high schools, as well as other locations in the city, over the last several weeks, police said.

HAMMOND, Ind. (WLS) -- Two people were arrested in a rash of copper wire thefts in Hammond and nearby communities, Hammond police said Saturday.

The suspects were nabbed during a traffic stop at about 2 a.m. Saturday during which time they found a "large amount of copper wire."

Copper wire thefts targeted three Hammond high schools, as well as other locations in the city, over the last several weeks, police said.

The individuals were seen coming out of the Cook County Forest Preserve in Calumet City, police said.

The suspects' names and charges were not immediately released.

Hammond police, working with multiple other law enforcement agencies including the FBI, said "additional suspects may be identified and charged as the investigation continues.