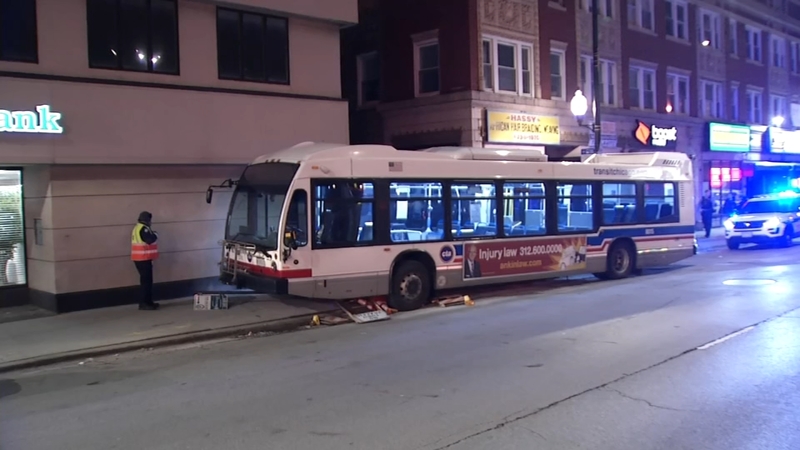 CTA bus driver attacked; crashes on sidewalk in Brainerd on South Side: police

CHICAGO (WLS) -- A CTA bus driver was attacked and robbed by a passenger Tuesday in Brainerd on the South Side, Chicago police said.

According to police, around 11:40 p.m. the driver pulled over at a bus stop in the 9400-block of South Ashland Avenue to pick up a passenger.

The offender got on the bus and started attacking the driver then took the victim's cell phone and fled the scene on foot, police said.

The bus driver veered off the street onto the sidewalk and struck a street sign, police said. He was transferred to Christ Medical Center and is in good condition.

No other passengers were on the bus at the time, police said.

No other injuries were reported and no one is in custody.