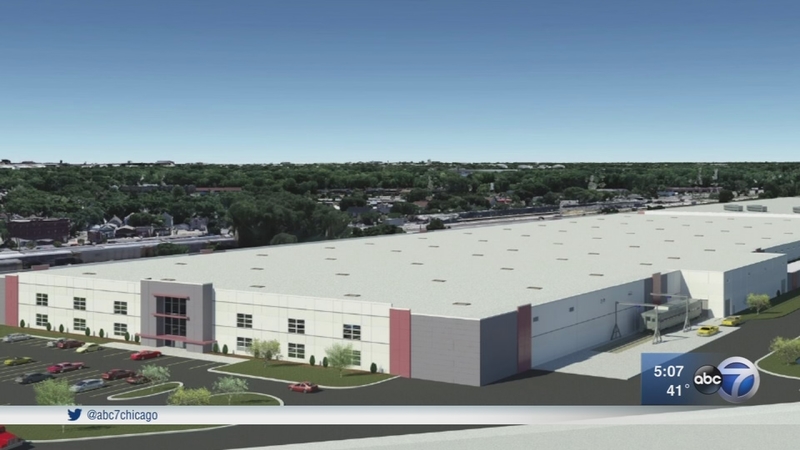 CHICAGO (WLS) -- The CTA broke ground Thursday on a rail car facility on the city's Southeast Side, creating more than 300 new jobs.

It's located on South Torrence Avenue near East 136th Street.

Chicago is back on track to once again manufacture rail cars for the Chicago Transit Authority.

The project is the result of a joint venture with Chinese-based CRRC Sifang after its American subsidiary won the $1.3 billion contract to build the new 7000-Series rail cars over the next 10 years.

The company will invest $100 million to build a nearly 400,000-square-foot manufacturing facility on 45 acres of land on Chicago's Southeast Side in Hegewisch neighborhood.

The factory will employ around 170 workers and create almost another 130 construction jobs.

CRRC has also committed to spend millions for training programs and community hiring.

The CTA will order over 800 cars, which will be paid for by both federal funds and local money from a previous bond issue. The first 400 will replace the agency's oldest, which are more than 30 years old.

The mayor thinks that, as with police cars made by Ford on the South Side, the new plant will eventually get orders from other transit authorities around the country. The cars will be paid for with debt in the form of new municipal bonds. CTA train cars will also drop in half to an average of 13 years of age instead of 26. The new cars will debut in 2020.
Related topics:
pullmanhistoric districtmanufacturingcta
Copyright © 2022 WLS-TV. All Rights Reserved.
RELATED
New CTA cars to be assembled in Pullman, bringing jobs
TOP STORIES
Chicago police coming down hard on retail theft rings
Conjoined twins separated after 10 hour surgery
Retired CPD officer, 57, killed in Edison Park hit-and-run
Weber Grills apologizes for ill-timed meat loaf recipe email
Family of man who died falling off party bus reaches settlement
Ring camera captures fiery I-80 semi crash that injured 2
2 NYPD officers shot, 1 fatally, responding to domestic violence call
Show More
Chicago Weather: Morning flurries, cold Saturday
Maryland man dies with more than 100 venomous snakes in his house
Man who got double lung transplant after COVID survives 2nd case
Laundrie claimed responsibility for Petito's death in notebook: FBI
Man killed in Hampshire explosion ID'd; 1 other critically injured
More TOP STORIES News