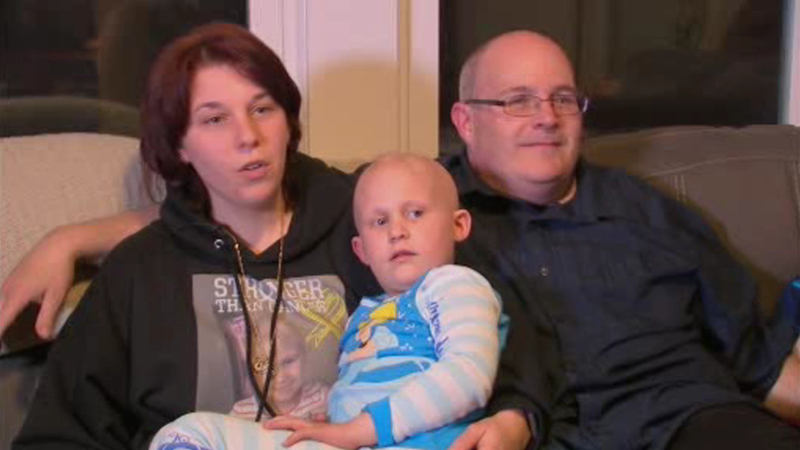 FARMINGDALE, N.Y. -- Five-year-old Cassidy McCarthy has had more contact with doctors than many people do in a lifetime as she's undergoing treatment for stage four kidney cancer.

Her father, Dan McCarthy, has been taking time off of work as a nurse to help his daughter after her diagnosis.

But he's now out of work after he was fired from his job, which he claims is due to the time missed caring for Cassidy as she battles cancer.

"I think that they're running it as a business, not as compassionate care," McCarthy said.

McCarthy knows all about compassionate care, a healthcare professional himself as a volunteer Babylon firefighter and EMT.

He also became a registered nurse at Daleview Care Center in Farmingdale, where after his bosses' nomination last year, he was named New York State "Nurse of the Year".

But that was before they suddenly trumped up an insubordination case against him.

McCarthy says he'd been asking to use more than 100 hours of earned vacation time to care for his cancer-ridden little girl, but that administrators insisted instead he take unpaid family leave time.

And then, he claims, concocted a reason to get rid of him: that he'd disrespected his boss.

His lawyer Lawrence Pearson has filed suit in federal court.

"We look forward to exposing that as the pretext that it is," Pearson said. "That's what we have here, given Mr. McCarthy's excellent record at Daleview."

The McCarthy's lost their health insurance in all this, but a local charity has stepped up to cover COBRA costs so Cassidy can get the care she needs. Fortunately her prognosis is very good.