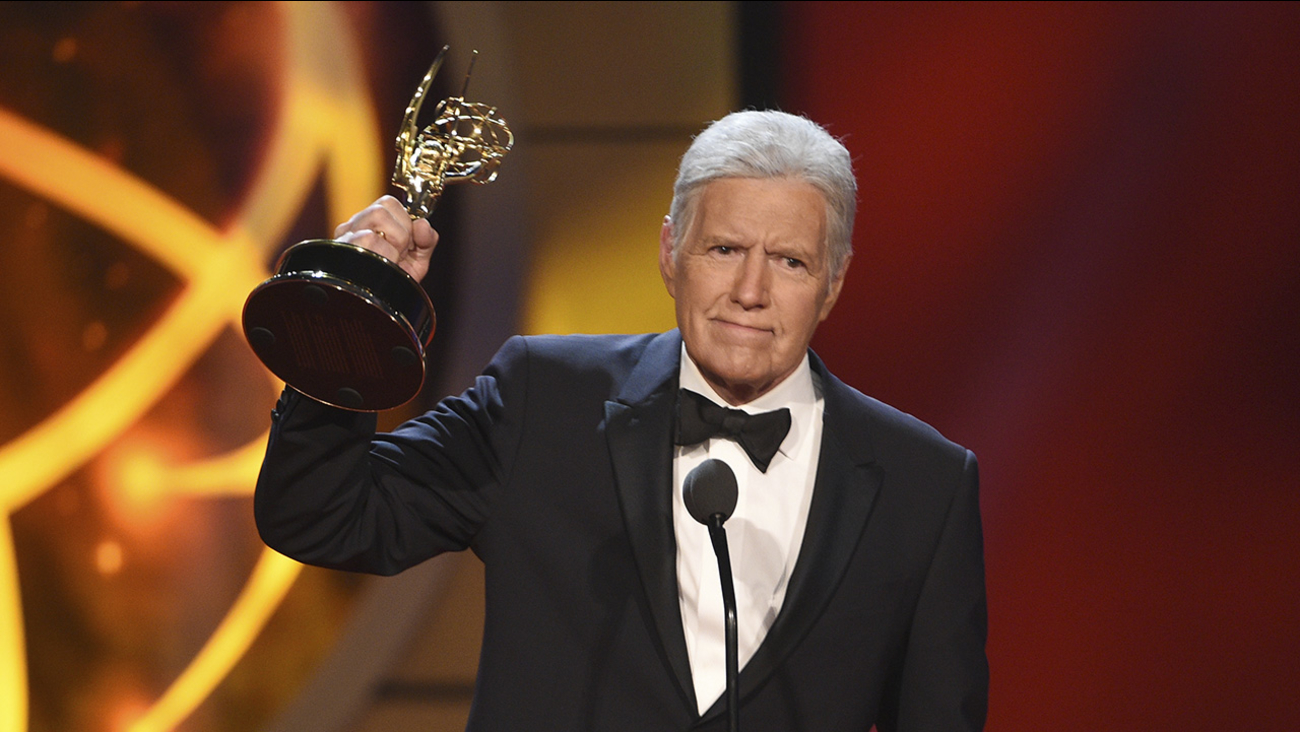 Alex Trebek accepts the award for outstanding game show host for "Jeopardy!" at the 46th annual Daytime Emmy Awards at the Pasadena Civic Center on May 5, 2019, in Pasadena, Calif. (Photo by Chris Pizzello/Invision/AP)

LOS ANGELES -- The first season of "The Kelly Clarkson Show" received Daytime Emmy Awards nominations for best entertainment talk show and host, while "Jeopardy!" veteran Alex Trebek's nod for best game show host could give him a second consecutive win in the category.

Other top nominees are "Days of Our Lives" with 22 bids, "The Young and the Restless" with 21 and "The Bold and the Beautiful" with 13.

"Days of Our Lives" star Susan Seaforth Hayes was nominated for best supporting drama actress. Hayes, 76, is the only cast member to appear in the series in all of the nearly 55 years that it has been on the air.

"The Kelly Clarkson Show" will compete with "The Ellen DeGeneres Show"; "GMA3"; "Live with Kelly and Ryan" and "The Talk." The hosts of those shows - with the exception of DeGeneres - were nominated alongside Clarkson, along with Maury Povich for "Maury."

Trebek, who has continued to host "Jeopardy!" as he battles pancreatic cancer, has won six Daytime Emmys for his work on the show and received a lifetime achievement Emmy award in 2011.

The 47th annual Daytime Emmys, airing June 26 on CBS, are skipping a theater ceremony because of the coronavirus and will be presented virtually.

CBS' decision to broadcast the awards is a bright spot for the daytime honors, which had been consigned to an online presentation in recent years as viewer interest dwindled.

Awards in top categories will be presented in the telecast, with winners and "other special guests appearing from home in light of the COVID-19 pandemic," the network and National Academy of TV Arts & Sciences said in a joint announcement this week.