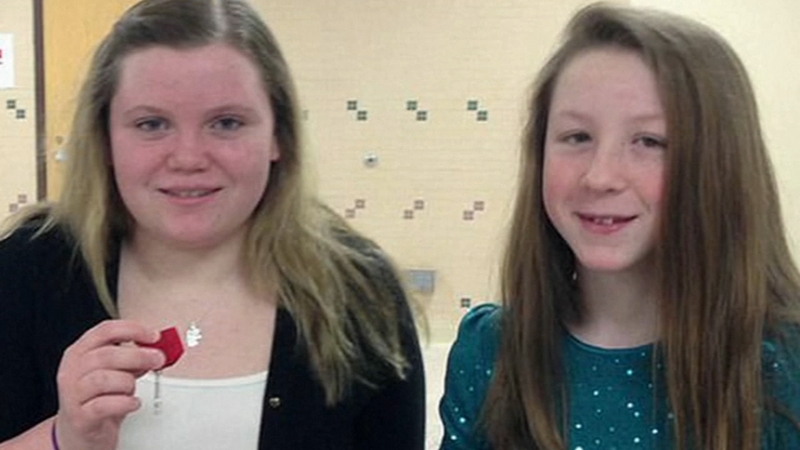 DELPHI, Ind. (WLS) -- Nearly five years after the killing of two teenage girls, Indiana police said they may be closing in on the killer.

Their killer has been at large ever since.

The girls were last seen near a bridge on an Indiana hiking trail in February of 2017.

Authorities said German recorded a haunting audio of their alleged killer's voice moments before their murder.

The person can be heard telling them to go "down the hill."

Authorities are issuing a new warning to the culprit Thursday.

"My resolve to catch him is as strong now as it was day one," Indiana State Police Superintendent Doug Carter said. "But the difference now, between now and day one, is we know about you - a lot about you. Today could be the day."

Indiana State Police are also urging anyone who may have communicated with the phony social media profile "anthony_shots" to come forward. Authorities released information about the fake Snapchat and Instagram accounts in December, saying the person who created them tried to solicit nude images, obtain addresses and meet juvenile females. Investigators said the model in the images associated with the account is not a suspect.

German's grandparents believe the teenager knew something wasn't right with the man she encountered, and that's why she recorded him.

"They'd be finishing up their freshman year in college," Williams said. "It's hard to believe. She would have turned into a really good young lady."

Both families are desperate for the one tip that will bring them closure.

Carter said he will forge ahead until the killer is found.