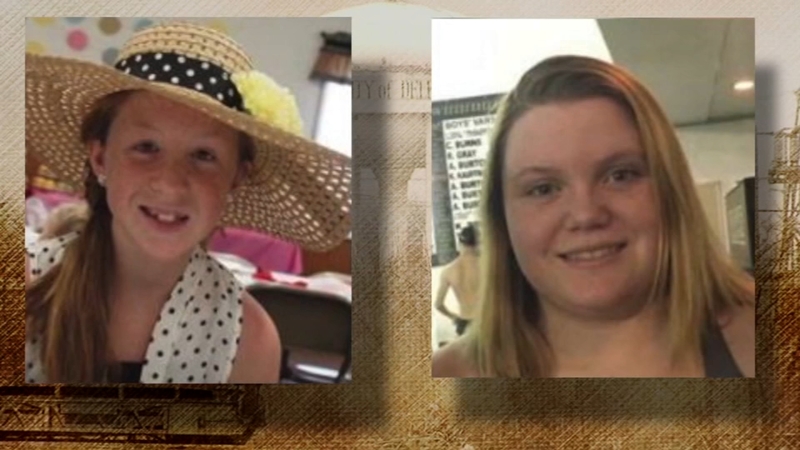 DELPHI, Ind. -- Two years later, the man who killed two young girls in Delphi, Indiana is still on the loose.

On the second anniversary of the murder of Libby German and Abby Williams, investigators updated the media with data about the tips they had received and their continued confidence that they will solve the case.

"This investigation is not closed." Investigators discuss tips they had received and their continued confidence that they will solve the case.

Up to now, authorities said they've received 38,000 tips at a rate of about a dozen a day, Carroll County Prosecutor Nicholas McLeland said.

"This is not a cold case. This investigation is not closed. I am confident we are going to get it solved," McLeland said.

Police in Delphi, Indiana are looking into a possible new development in the cold-case murder of two teenage girls.

Indiana State Police Superintendent Doug Carter agreed and, speaking directly to the murderer he said "if you're watching, we're coming."

"You know we're all frustrated and we do have our days. But. At the end of the day you have to put all that aside and say what why. Why are we here. We're here to find out who's responsible for this heinous crime. We're here to get justice for Abby and Libby. And that's that's what keeps us going," lead investigator Jerry Holeman told WRTV.

A composite sketch (left) and a previously released photo (right) of the main suspect in the killings of two teens from Delphi, Ind.

When it comes to the case, Holeman said they get new tips in every day and it's not only the new tips that detectives are looking at.

And while the case has captured attention around the country and the world, he said the internet detectives and the rumors circulating on the internet don't help the case.
"What we don't want is the public's theories, the public's investigative suggestions," Holeman said.

And those theories that are being constantly called into the tip line slow down investigators.

"We do not want the public to investigate this case. We're asking the public's help to identify the one person that we've called a suspect," he said.

And while there are critics over police only releasing a portion of the details of what happened on that day, "to protect the integrity of the investigation to keep those facts close to our vest because when we do, when someone does call us and says, Hey Paris said this or so and so said this. We know right away if that's true or false," Holeman said.