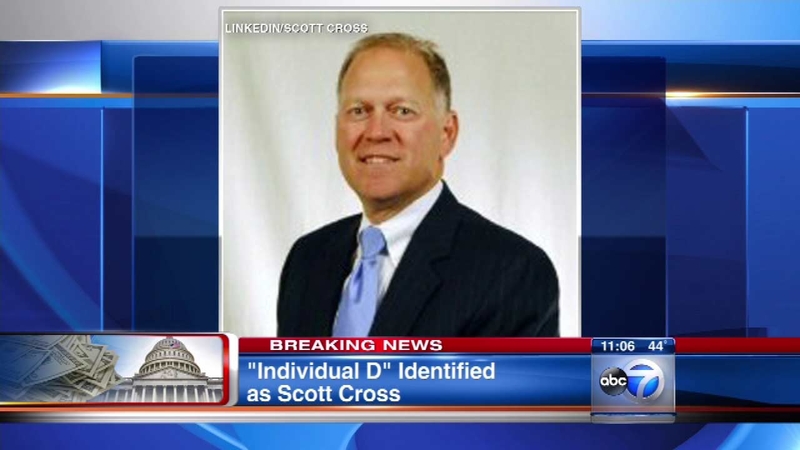 CHICAGO (WLS) -- The younger brother of Republican State Rep. Tom Cross revealed himself as one of the victims of alleged abuse by former Speaker of the House Dennis Hastert Wednesday.

The victim, previously identified in court documents only as "Individual D," identified himself in court Wednesday to be 53-year-old Scott Cross. He's a suburban bank executive and brother of Illinois State Representative Tom Cross. Hastert was a mentor of Tom Cross and helped him get into politics.

Cross described the abuse in detail, with a trembling voice and tears in his eyes. He said he was stunned and devastated by what happened.

Cross, who was 17 when he stayed after wrestling practice to work on losing weight for a competition, said Hastert told him massages would help, which then led to sexual abuse, court documents said.

Hastert said in court Wednesday he does not remember molesting Cross.

Hastert's attorney told the court someone from his office even called to ask Tom Cross for a letter of support, which may have influenced Scott's decision to testify.

A spectator in the courtroom clapped after Cross finished testifying. Cross left the courtroom immediately after with his family.

"We are very proud of Scott for having the courage to relive this very painful part of his life in order to ensure that justice is done today," a statement from Tom Cross said after the hearing. "We hope his testimony will provide courage and strength to other victims of other cases of abuse to speak out and advocate for themselves. With his testimony concluded, we ask now that you respect Scott's privacy and that of our family."