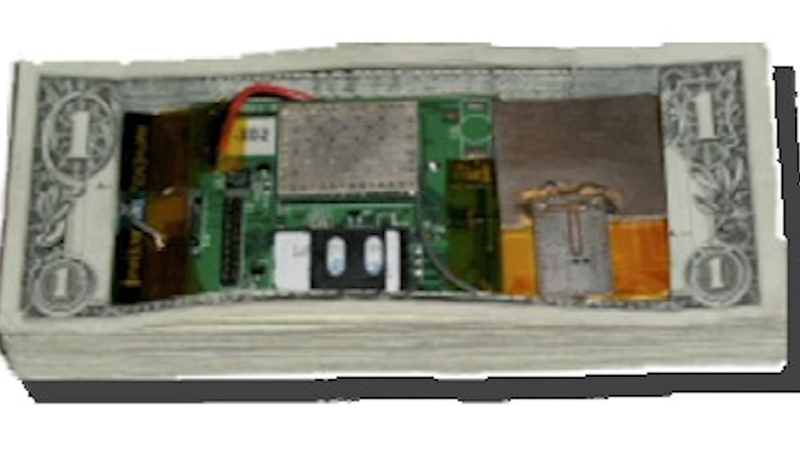 CHICAGO (WLS) -- When a northwest suburban bank was robbed on Tuesday afternoon, police were able to follow the getaway car from 12,550 feet, and follow the money.

The eyes in the sky weren't human, or even from an airplane.

A GPS satellite was able to track the robbers because of a positioning device hidden inside some of the money turned over by employees at the Bank of America branch in Des Plaines.

That detail of last week's bank robbery and firefight was revealed in police records turned over to the ABC7 I-Team after an Open Records filing.

Investigative paperwork states that responding officers were informed of "a tracking device that was in possession of the suspects, showing the suspects heading southbound from the location approaching Howard Avenue."

In the car according to authorities was 32-year-old career criminal Christopher Willis, who had just escaped with the loot.

Willis seemed intent on doing things the old fashioned way in the heist: disguised with a face mask and carrying a handgun.

What he either didn't know, or didn't care about, was the 2019 anti-theft technology that was hidden in the money handed over by a bank teller.

Until recently exploding dye packs in money were the favored tool of law enforcement to thwart bank robberies. That tool would mark bad guys with red ink.

Now though, many banks use so-called bait money that is wired with a thin GPS transmitter allowing authorities to track the cash in real time and hopefully retrieve it and the robbers.

Several companies make GPS cash trackers, resulting in thousands of criminals in custody they say and millions of dollars in assets recovered