Happy Diwali! Here's what you need to know about the Hindu festival of lights on Thursday

Diwali is the Hindu festival of light celebrating the triumph of good over evil.
WLS 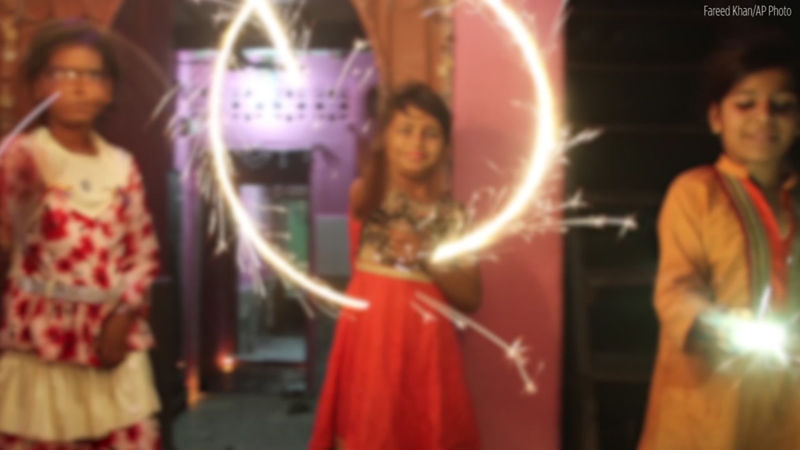 Diwali, one of the biggest festivals in India, begins Thursday, Nov. 4.

Celebrated during the Hindu month of Kartika, the festival commemorates the triumph of good over evil, with glistening lights and delicious food. It is celebrated around the world by followers of the Hindu faith and beyond.

Here is what you need to know about Diwali.


When is Diwali celebrated?

Diwali rituals and preparations take place over five days between mid-October and mid-November. Since the holiday is celebrated by the lunar calendar instead of the Gregorian, the date varies year-by-year.

The true origins of Diwali are still debated. The festival was first mentioned in Sanskrit scriptures in the second half of the first millennium AD. The holiday's themes of good vs. evil and knowledge vs. ignorance first appeared in the Katha Upanishad, a Hindu religious text, in first millennium B.C. Although the holiday's roots are in Hinduism, Diwali has grown in popularity over the centuries and is now celebrated by Indians of different religious creeds, including Buddhists and Sikhs.

What is Diwali's religious significance?

Hindu women are seen praying for Diwali celebrations inside a Hindu temple on November 10, 2015 in Shah Alam, Malaysia.

How is Diwali celebrated?

On Diwali night, participants dress up in colorful clothing and light oil-wick lamps, filling their homes with bright light. Communities will also share tasty treats, light fireworks and pray to the deities. "If you rolled a bit of Christmas, New Year's Eve and the Fourth of July all into one, then catered the affair with mountains of sweets and savory snacks, you would have a taste of what it means to celebrate Diwali," writes Hinduism Today.

Why is it the 'festival of lights?

An Indian woman lights an earthen lamp in Amritsar on November 10, 2015 on the eve of the Indian festival of Diwali.