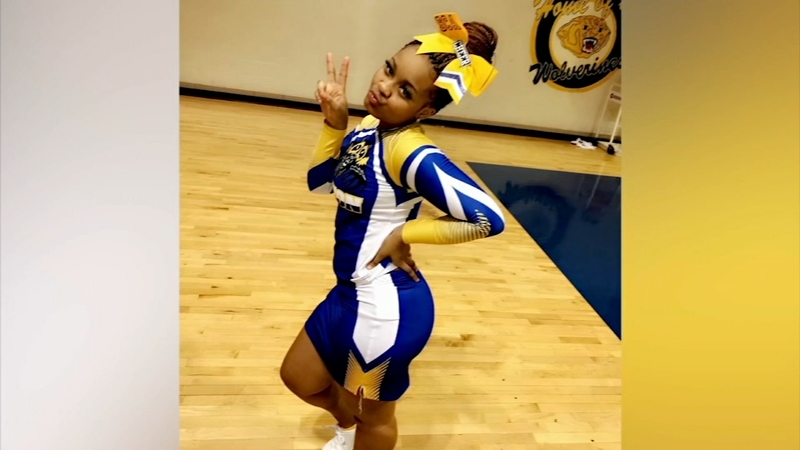 DOLTON, Ill. (WLS) -- Leaders in south suburban Dolton are taking action to stop violence in the village as a family grieves for a 16-year-old girl who was fatally shot outside a convenience store.

Akeira Boston was shot and killed Tuesday night while sitting in her boyfriend's car outside the Moonlight Food Deli and Liquor Store in Dolton.

The village's mayor said surveillance video suggests that the person who killed Boston may have been aiming at someone else.

Mayor Riley Rogers said the video shows Boston's boyfriend going "into the store to make a purchase. On his way back to the car, before he entered the car, there was a vehicle that pulled up, started shooting at him."

The shooting occurred Tuesday at about 9 p.m., roughly a mile away from where village officials were meeting to discuss hiring more police amid a recent spike in violence.

"It's heartbreaking to be honest with you. It's happening all over. We're getting the spill of some of the crime from Chicago," Rogers said.

Last week, a 40-year-old woman was shot and killed while driving through Dolton with four of her children.

Days before that, an armed robbery at a used car dealership resulted in a police-involved shooting.

Mayor Rogers took steps Wednesday to prevent loitering at the store on the corner of 142nd Street and Woodlawn Avenue. Public works crews installed huge concrete blocks in spaces where customers park. They also took down trees across the street from the store to improve the line of sight.

"We're blocking this area off," Rogers said. "There will be no more loitering anybody who parks here will be towed. We've notified the ownership of the store and we're gonna make sure that we get ahead of this thing."

While it remains to be seen whether either of these measures will reduce the area's problems, they serve as a sign of a community desperate to curb the violence.

But for Boston's family, it's one loss too many. The teen's father and brother were killed in separate stabbing incidents over the last few years.