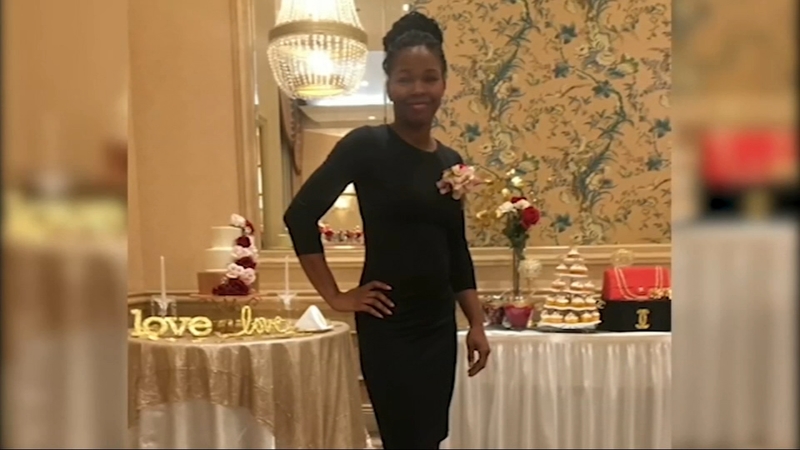 DOLTON, Ill. (WLS) -- The husband of a Dolton woman who was shot in front of her children doesn't want to spend time focusing on how his wife died. Instead, he's sharing memories of how 40-year-old Marshia McGill lived.

"A lot of people do things because they are forced to do it. She helped because it's what she wanted to do," Bowman said. "To her, it was a duty or responsibility being a born again Christian to help."

The mother of eight died last Friday after she was hit by a stray bullet in the southern suburb just two days earlier. McGill was driving her four youngest daughters in a minivan at the time.

The shooter is still on the run.

"To know that you can go to work and be on your way home and it be that close," Bowman said. "I was mad. I am trying to let that subside because you can't think when you're mad. I'm assuming when this happened, someone was mad about something and they did what they did."

Bowman said he expects it'll be "rough" to carry on without his wife.

McGill didn't only give to her family. She was also a generous member of her community, working at a daycare and helping out at her church.

He said McGill gave one last gift in her final moments.

"My wife was an organ donor," Bowman explained. "Even in death, she is still helping people."

Bowman is the process of making funeral arrangements. He also set up a GoFundMe page for donations to go toward helping Bowman raise his eight children.

He appreciates all the help he's getting from the community, which he said is lifting him up during this difficult time.