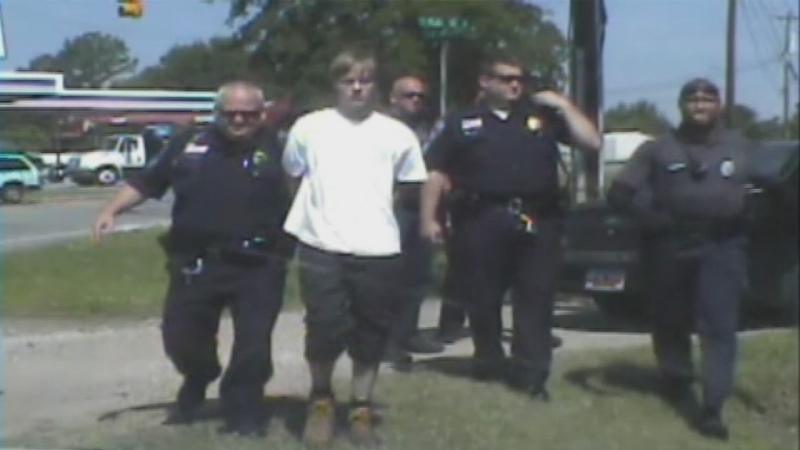 Police have released video of Dylann Roof's arrest in Shelby, N.C. after he allegedly gunned down nine people in the Emanuel African Methodist Episcopal Church in Charleston, S.C.

The video footage, taken from a police cruiser's dash cam on June 18, shows how officers swarmed around Roof's car on a busy street, and quickly took him into custody.

After pulling over onto a dirt road, two officers approached the vehicle with weapons drawn. One of them holsters his weapon as he approaches the driver's side window.

More officers arrive on scene as Roof exits the vehicle and is immediately frisked for weapons. He is then placed in handcuffs while facing his vehicle.

According to ABC News, one of the other cruisers' dash cam showed officers high-fiving each other after Roof was placed in the police vehicle.

The arrest was made at approximately 10:44 a.m. after a citizen reported seeing Roof's car in the area. Police say that Roof cooperated with the officer who stopped him and that the 21-year-old acted alone.

Roof has since been charged with nine counts of murder and one weapons charge. He has not yet entered a plea.