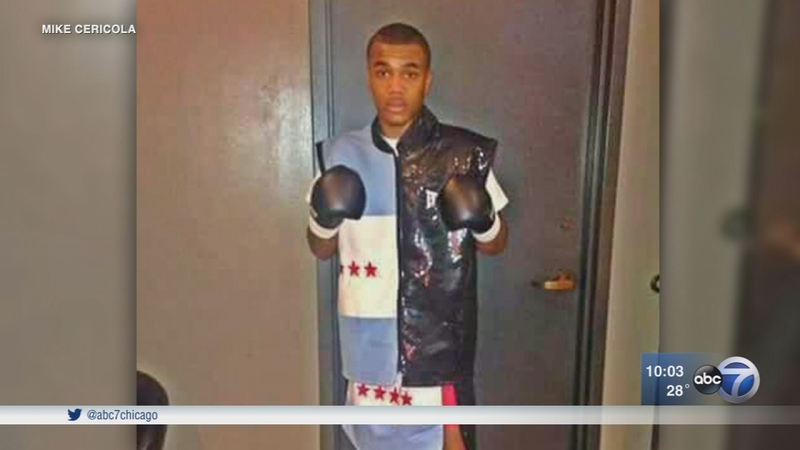 CHICAGO (WLS) -- Mourners gathered Tuesday night to remember Ed "Bad Boy" Brown, who died after being shot in the head. His killer is still at large.

Brown, 25, died on Sunday, Dec. 4, a day after he was shot in Chicago's East Garfield Park neighborhood.

As balloons floated into the sky, friends, family and his fellow boxers said Brown's spirit remains in their hearts. Brown was the shining star of the city's boxing scene; he was undefeated, 20-0 as a professional.

"Inside that ring was the safest place for him. They could not beat him in that ring," said Mike Cericola, his manager.

Brown was in a car with a friend in the early morning hours on Saturday, Dec. 3, when another car pulled up and shots rang out. Brown was hit several times, including in the head.

"He was the life of the part. There ain't another Ed Brown," said Derek Degic, boxer.

"He would beat anything, except that bullet," said Ninos Abraham, boxer.

Brown survived a difficult childhood in a rough neighborhood on the West Side. He spent most of his time in the gym training with fellow boxers. The boxing community came together to mourn another senseless shooting in Chicago, and they have a message for the gunman.

"Ed Brown did nothing to you. He spent his life in that gym," said George Hernandez, boxing trainer.