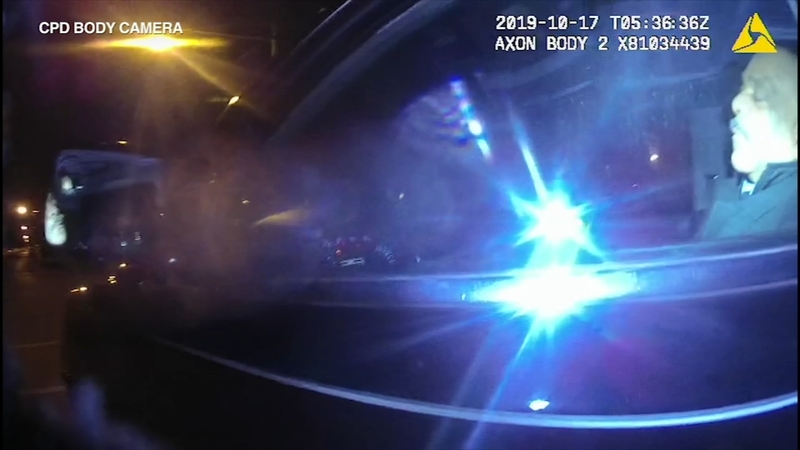 Among the material is police body camera footage from one of the officers, who responded to a report of a man slumped over the wheel at 34th and Aberdeen in Bridgeport after midnight on October 17, 2019.

The video of Johnson slumped over the wheel at a stop sign after midnight is a picture book version of his career-ending event. It began with a 911 call from a passerby.

"I drove past him twice, that is when I realized he is still sitting there," the caller continues. "Lights are off but the exhaust is coming out so the car is I on. He's, like, in the street where a car would be if it was just stopping. About to turn."

Video from an officer who responded to the scene shows him knocking on Johnson's window saying, "Sir? Sir, are you alright?"

Johnson gives a muffled reply, at which time the officer asks, "Do you have your ID?"

They wait and wait for Johnson to show them his ID. The superintendent, in the dark Chevy Tahoe he typically did not drive himself, was apparently fumbling for his identification.
Officers waited patiently without saying another words. Finally, 44 seconds after being asked, Johnson displays what may have been a police ID.

"You good?" the officer repeats. Johnson nods. "Alright, sir, have a good night."

ABC7 was part of the legal fight that resulted in the release of the video and related recordings and records, joining a lawsuit filed by the Better Government Association.

Johnson first said the incident was the result of a medication change, and later told Mayor Lori Lightfoot he had a few drinks with friends.

However, the mayor said after reviewing a report from the Inspector General that it was clear Johnson lied about that night. She fired him.

The recordings and records answer some questions, but not why Johnson wasn't given a field sobriety test. He said at the time that just because someone is asleep in a car doesn't mean they're impaired. For now, that remains the only explanation on the record.