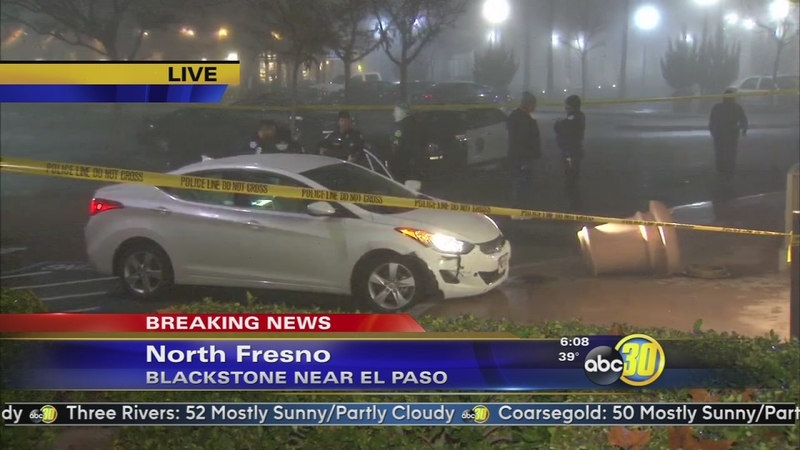 FRESNO, Calif. -- Police responded to the scene of what appears to be a robbery that ended with one of the suspects getting shot.

Detectives say two robbery suspects may have targeted the wrong person when they tried to take money from a retired law enforcement officer with a concealed weapons permit.

The incident happened just after 5 a.m. on Friday at the Education Employee's Credit Union (EECU) ATM at Blackstone and El Paso. Investigators say one of the suspects got out of a car and attempted to rob the retired officer with a stun gun. The man was wearing a jacket so he was not hurt by the electricity. The victim then returned fire.

New details: the suspects approached the man and stunned him twice. The suspect then retired fire

The car tried to leave the scene, but struck a trash can as it moved forward. The man then used his concealed weapon to shoot the female who was driving the suspect's vehicle.

The man ran away, and police are still looking for him in the River Park area. The woman was taken to the hospital in an unknown condition.

Police say the victim had a concealed weapons permit & returned fire when the suspects tried to rob him. @ABC30 pic.twitter.com/9Oee0OkCjL