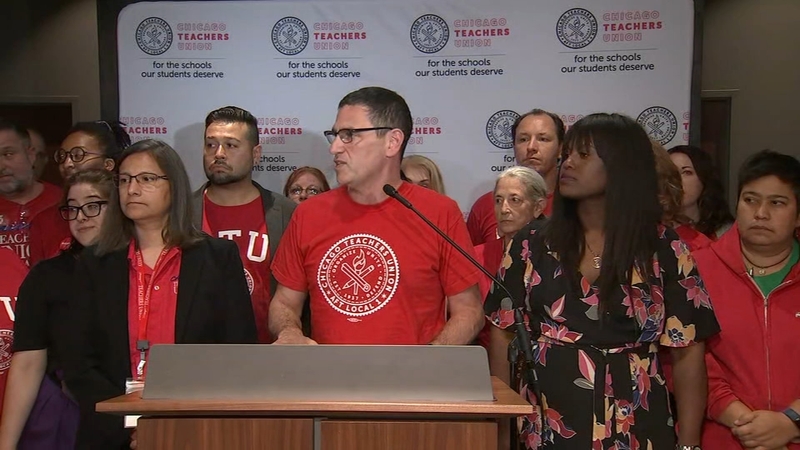 CTU votes to authorize strike if no contract agreement reached

CHICAGO (WLS) -- The Chicago Teachers Union voted Thursday to authorize a strike if a contract agreement cannot be reached with the city.

"This increases bargaining pressure and makes it clear that the members of the Chicago Teachers Union, in all our city schools, mean business, and we need to see more progress at the table," said CTU president Jesse Sharkey.

More than 500 schools had voting this week, and 75% of the total union membership has to vote yes to authorize a strike. A mandatory cooling off period is now in effect, and the earliest a strike could happen is October 7.

Mayor Lori Lightfoot and CPS CEO Janice Jackson released a statement saying, in part, "As the product of public school systems ourselves, we know firsthand how hard our teachers work, and we celebrate their engagement and tenacity during the bargaining process over these past months. We are committed to doing everything we can to finalize a deal that is sustainable for all Chicagoans and for our City's future, that respects our teachers, and continues our students' record-breaking success for years to come."

Teachers have been casting ballots at their schools since Tuesday. Earlier this week, Democratic presidential hopeful Bernie Sanders offered his high profile support at a rally with the teachers in Chicago.

"I want a strike for fair pay, fair benefits, and the things schools are entitled to," said Brittany Mirkiewicz-Laboy, who teaches Special Education.

Union representatives say aside from money and benefits, they are fighting for more staffing and lower class sizes. And voting to authorize a strike doesn't necessarily mean teachers will walk out.

"It is our hope that the vote puts some sort of pressure on CPS and Mayor Lightfoot to come to the table with very earnest and specific proposals about how we transform the Chicago Public Schools," said CTU Vice President Stacy Davis Gates.

"We're committed to working hard, to bargaining in good faith and trying to reach an agreement, but what we're really looking for is a change in attitude and a change in seriousness on the part of the mayor's bargaining team," Sharkey said.

"My thoughts are the same as they've been over the last six months," Lightfoot said. "There's no reason we can't get a deal done. We should be at the bargaining table 24 hours a day, seven days a week. Whatever it takes to get a deal done."

The city has offered teachers and support staff 16% raises over five years. The city maintains that some of the issues teachers are stuck on are not part of collective bargaining, nor can teachers legally strike over classroom sizes, nurses and librarians. Union members can only walk off the job over pay and benefits.

"We have agreed to a 16% increase over five years. That means the average teacher is actually going to get a 24% increase, which means at the end of that five years she'll be making more than $100,000 a year," the mayor said. "They've asked for additional librarians, counselors, nurses. We've said we agree with you. We put that into the budget for this year."

"Right now on the South Side of Chicago we have a kindergarten classroom with nearly 40 students in it. That is not conducive to learning," Davis Gates said. "The hold-up has always been about transforming the school community."
Report a correction or typo
Related topics:
educationchicagowest townbernie sanderslori lightfootchicago public schoolschicago teachers unioncpsstrikenegotiationspoliticsteachers
Copyright © 2021 WLS-TV. All Rights Reserved.
RELATED 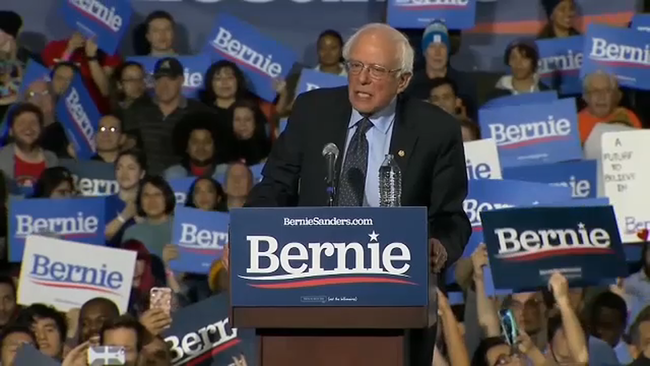 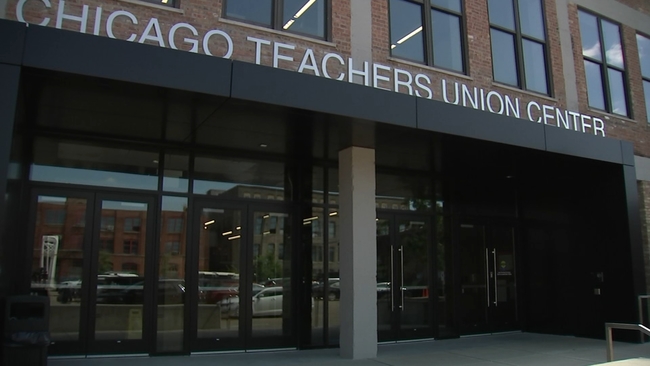