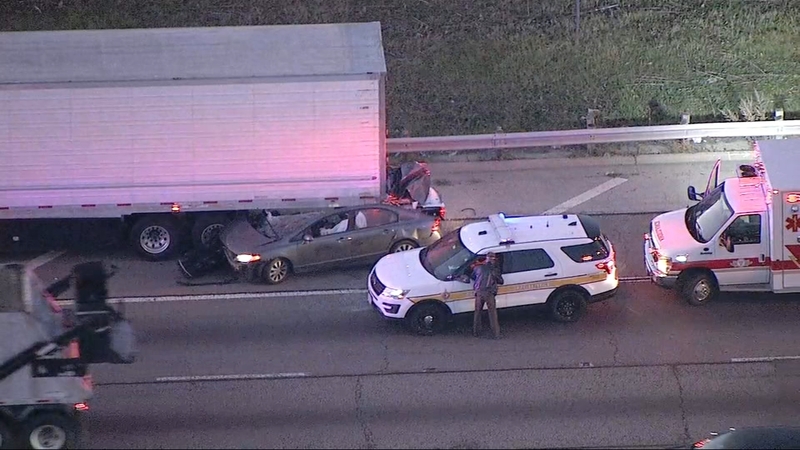 BELLWOOD, Ill. (WLS) -- One person was killed after a car became wedged underneath a semi-trailer on the inbound Eisenhower Expressway Wednesday morning, Illinois State Police said.

The crash occurred on the inbound lanes at 25th Avenue as police said a semi-truck was stopped on the shoulder of the expressway when the car slammed into the back of it and became trapped underneath. Police have blocked off the right lane as they investigate the crash.

Police said one person was killed. No other injuries have been reported.