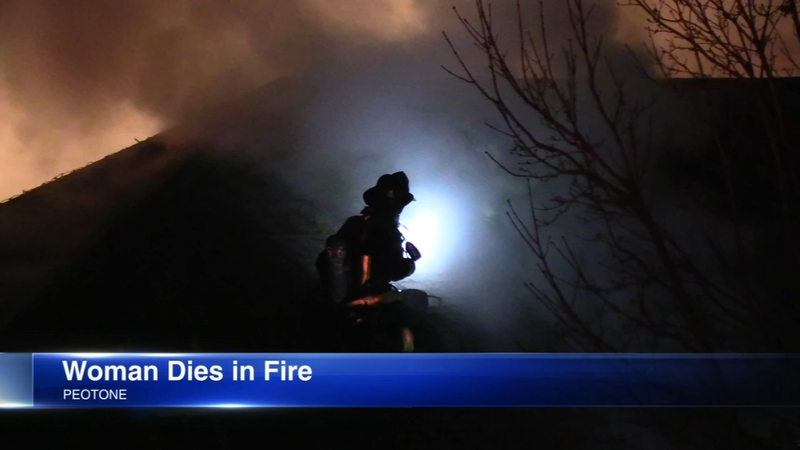 PEOTONE, Ill. (WLS) -- A 79-year-old Peotone woman died after she was rescued from a house fire Wednesday night in the Will County village.

Brenda L. Adkins, who lives in the 700-block of Pelican Lane in Peotone, died after firefighters rescued her from the basement of a burning home on that block, according to the Cook County Medical Examiner's Office. She was reportedly trapped.

Adkins was first transported to Franciscan Health Olympia Fields hospital, but she later succumbed to her injuries, officials said.

The blaze rekindled at one point, causing even more damage to the home. It was a total loss, fire officials said.