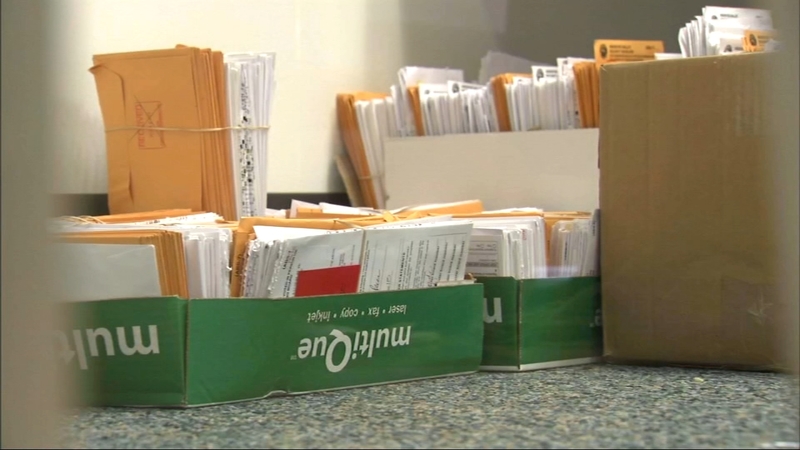 PORTER COUNTY, Ind. (WLS) -- After days of delay, the voters and candidates in Porter County, Indiana, finally got some election results Friday.

There was anger and concern as the local results from Tuesday's general election in Porter County were finally released after days of delays in counting more than 18,000 early voting and mail-in ballots.

"It's very disconcerting as a citizen of this country," said voter Harriet Fagan.

In all, more than 65,000 ballots were cast in Porter County. Counting started Wednesday morning.

The results were delayed by Election Day problems including a dozen polling places opening late, a shortage of workers, and allegations of mishandled ballots.

"We weren't getting our absentee ballots and we were not getting our early voters ballots," said Mary Jo Nuland, Election Day judge.

"We were given this catastrophe and we made the best with what we were dealt to. I didn't pick my hand," said David Bengs, Porter County Election Board Member.

Some voters and others are now blaming the Porter County's Republican clerk and election board member Karen Martin who, along with Bengs, voted earlier this year to move the local election process to her office from where it had been for years. Martin could not be reached for comment.

At issue now are another 122 provisional ballots that are yet to be counted.

Although Democratic candidate for county board Donna Perdue lost her bid for office, she says those votes could make a difference for someone else.