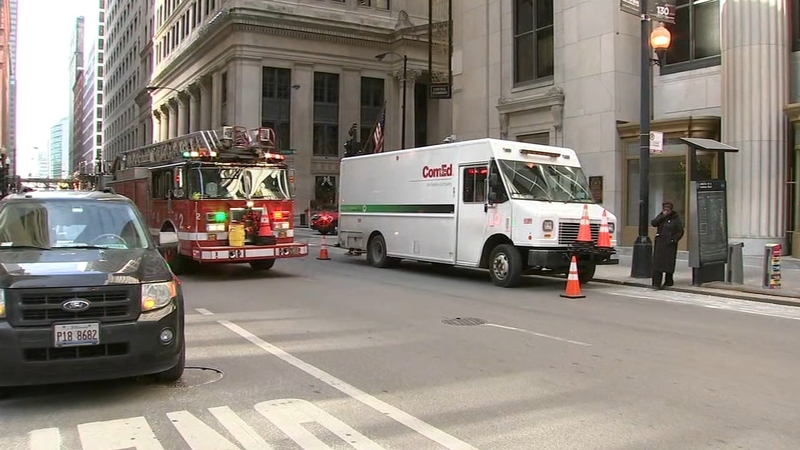 CHICAGO (WLS) -- Two ComEd electrical workers were injured while working on an electrical system in the Loop Tuesday morning.

The workers are being treated for first-degree electrical burns to their arms and neck after they were injured while working on equipment in the 200-block of South LaSalle Street at about 11 a.m., the Chicago Fire Department said.

They were transported to Stroger Hospital and are said to be stable, according to Chicago Fire Department spokesman Larry Merritt.

The pair did not suffer significant injuries, a spokesman for ComEd said in a statement.

"The safety of our employees and customers is always our highest priority," the spokesman said.

Further details on their condition were not available.