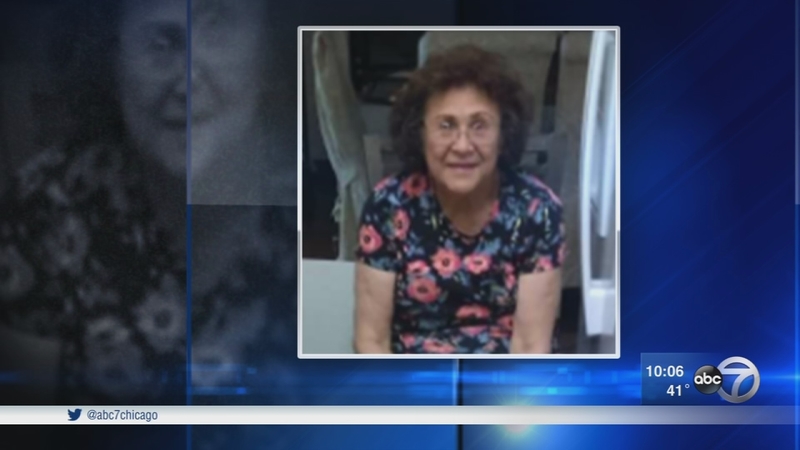 CHICAGO (WLS) -- Police in northwest suburban Elgin are working with the Chicago Police Department to determine whether body parts found in a North Side lagoon are connected to the search for a missing woman.

Fishermen discovered the remains of an unidentified, white female in a duffel bag in a lagoon in the 2200-block of North Stockton Drive in the city's Lincoln Park neighborhood Saturday morning.

Gail Peck was reported missing in Elgin on Friday.

Members of the CPD Marine Unit responded to the scene and found a second duffel bag with additional remains. Investigators believe the body parts from both bags, which include a torso and parts of two legs, came from the same person. There is a scar on the back of the torso from previous back surgery.

The Cook County Medical Examiner's Office conducted an autopsy Sunday. Cause and manner of death are pending further study.

Elgin police said the disappearance of 76-year-old Gail Peck is being handled as a criminal investigation, and that additional testing will be done to confirm whether the remains found in Chicago are connected to her case. Police also said they are not actively searching for Peck.

Peck was last seen Friday in the 700-block of Littleton Trail. She left home to walk her dog, which later returned without her, police said. Peck was described as a 5-foot white woman with black hair and hazel eyes.

Police remained at Peck's home Monday night, more than 72 hours after her son reported her missing. Several boxes of evidence were removed by police around 5 p.m. Neighbors said Peck and her son moved there just a few months ago.

"I'd seen him a number of times walking around in the neighborhood. I can't really put my finger on why, he just made me a little uncomfortable," said neighbor Jessica Williams.

Peck's son is being questioned by investigators. Police said he is a person of interest in the case. The investigation is ongoing and no charges have been filed.