Did one of Saturn's moons tip over?

KTRK
PASADENA, California -- One of Saturn's moons may have quite literally tipped over in the distant past, new findings from NASA suggest.

According to observations from the Cassini spacecraft, Enceladus' spin axis (the line that runs from its north to its south pole) reoriented dramatically, potentially from a collision with an asteroid or other similar space object.

The moon's icy south pole is marked by long fractures known as tiger stripes, and scientists posit those stripes may be the remnants of the suspected ancient collision. According to researchers, the current south pole may have been the moon's equator area prior to the massive impact.

"The geological activity in this terrain is unlikely to have been initiated by internal processes," Radwan Tajeddine, a Cassini imaging team associate at Cornell University, said in a news release. "We think that, in order to drive such a large reorientation of the moon, it's possible that an impact was behind the formation of this anomalous terrain."

After the collision, it likely took the moon more than a million years to stabilize within its orbit, scientists postulate.

The impact theory helps explain why the moon's present north and south poles look so different -- the south described as "active and geologically young" while the north pole is crater-laden and likely much older.


Report a typo to the ABC13 staff 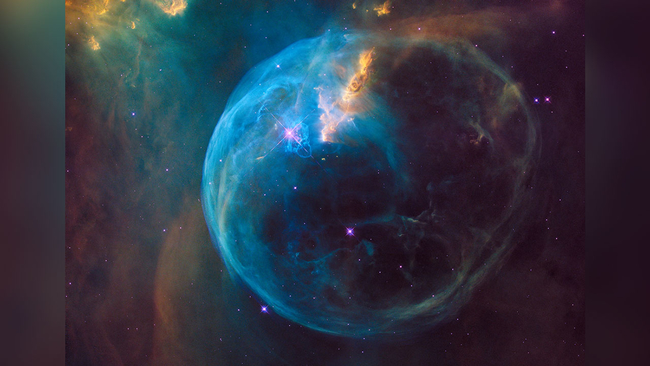