Could 'La La Land' win the 'Big Five' at the Oscars? 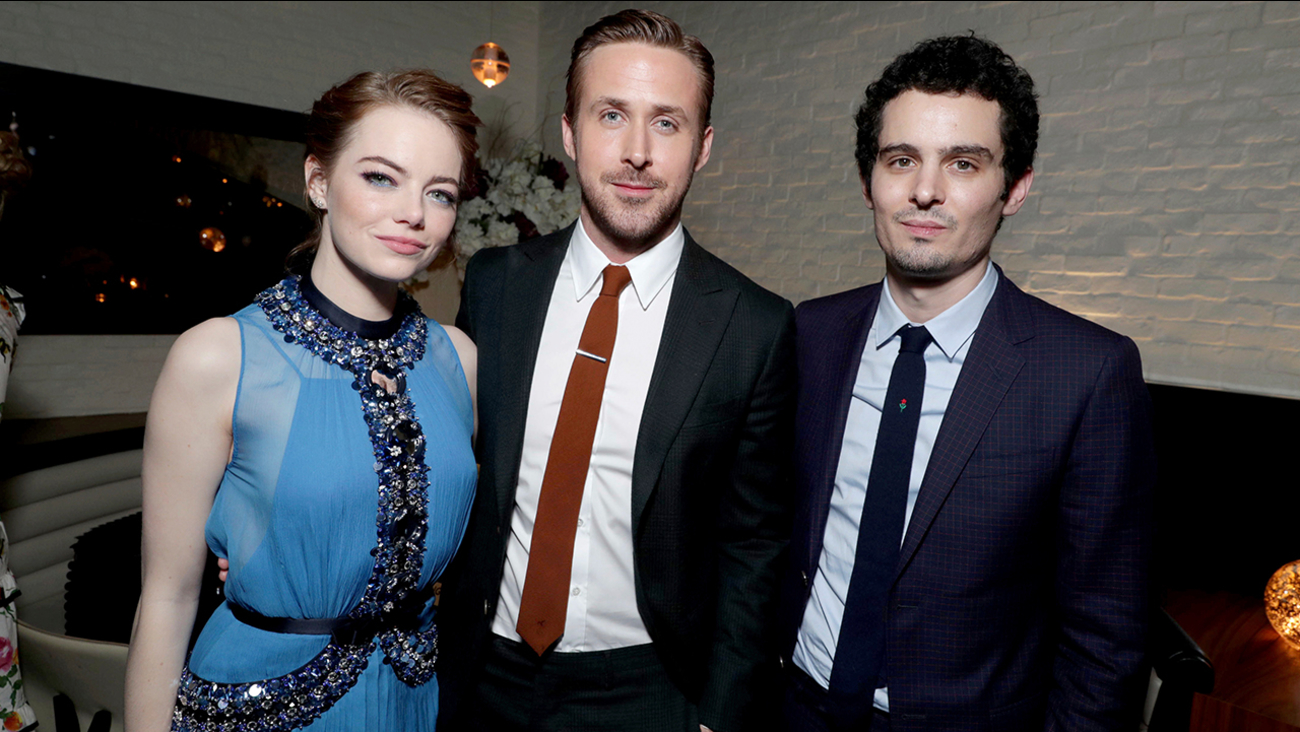 Emma Stone, Ryan Gosling and Damien Chazelle, all of whom are nominated for Oscars for their work in "La La Land." (Eric Charbonneau/Invision for Lionsgate/AP)

It's a feat that has only been accomplished by three movies in motion picture history. Now, La La Land just may be the fourth film ever to win an award in all major categories this year at the Oscars, also known as winning the "Big Five."

The "Big Five" categories are Best Picture, Best Actor, Best Actress, Best Director and either Best Original Screenplay or Best Adapted Screenplay. In the history of the Oscars, 43 films have received nominations in all the Big Five categories, but only It Happened One Night in 1935, One Flew Over the Cuckoo's Nest in 1976, and The Silence of the Lambs in 1992, have managed to win them all in their given year.

"It Happened One Night's" Frank Capra, "One Flew Over the Cuckoo's Nest's" Jack Nicholson and Louise Fletcher, and "The Silence of the Lambs'" Jodie Foster and Anthony Hopkins.

What is unique about La La Land is that it actually has a decent shot of winning in four of the Big Five categories. According to awards prediction website Goldderby.com, the film is a frontrunner in the Best Picture, Actress, Director and Original Screenplay categories.

The cast and crew of "La La Land" poses in the press room with the award for best motion picture - musical or comedy at the 74th annual Golden Globe Awards.

The film already won the Golden Globe for Best Motion Picture - Musical and Comedy, with its closest Oscar contender Moonlight taking home the Golden Globe but in the drama category. Still, Moonlight is trailing behind La La Land in the expert predictions for the Best Picture Oscar.

Emma Stone accepts the award for outstanding performance by a female actor in a leading role for "La La Land" at the 23rd annual Screen Actors Guild Awards.

Emma Stone won Best Actress at the SAG Awards and took home the award for Best Actress - Comedy or Musical at the Golden Globes. This has Oscars prediction experts putting her plenty of miles ahead of the rest of the pack. The two actresses who look to have a shot at upsetting Stone are Natalie Portman for Jackie and Isabelle Huppert for Elle, who won Best Actress Golden Globe for drama her performance. Each actress was listed by a few Oscars experts as their top picks to win the award, and if Portman wins at the BAFTA Awards on Sunday, odds may be better in her favor to upstage Stone for the Best Actress Oscar. But with the majority of experts predicting Stone to take home Oscar gold, the actress' chances at winning will be hard to overturn.