Jeopardy auditions stop by Chicago ahead of its 36th season 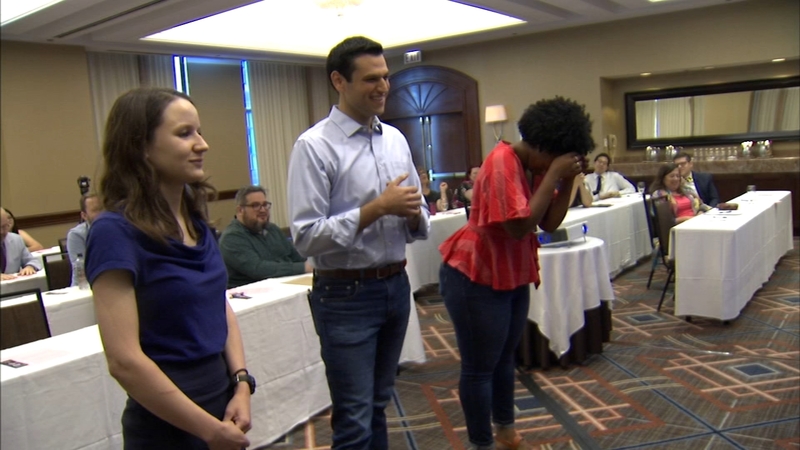 Jeopardy auditions stop by Chicago for its 36th season

CHICAGO (WLS) -- Every year more than 80,000 people take Jeopardy's online test hoping for a spot on the iconic show.

Of those 80,000, only about 2,500 of them make it to an in-person audition. And year after year, show producers say Chicago is the place to be.

Dozens flocked to this year's Chicago Jeopardy auditions to see if they have what it takes to play on the show. Next year, you can too.

That's no secret after Jeopardy James' eye-popping streak earlier this year. But he's not alone; another Naperville resident auditioned Friday.

"I don't know, lots of things. I take what I can get," said Jeopardy hopeful Meghan Costigan.

The first step of the in-person audition is a wide-ranging exam that we couldn't finish. There's no question Jeremy Cahnmann did better; this is his third time earning an audition.

"I keep clicking articles and keep reading," Cahnman said. "The more well-rounded you are, the better you're going to play this game."

But brainpower alone isn't good enough. It's also a battle of the buzzer.

Judges scrutinize the entire process, not just for what you answer but also how.

"You want to put somebody on the show that's fun or interesting to watch play the game for whatever reason that may be," Speak said.
Report a correction or typo
Related topics:
arts & entertainmentchicagoloopspotonentertainmentjeopardy
Copyright © 2021 WLS-TV. All Rights Reserved.
More Videos
From CNN Newsource affiliates
TOP STORIES