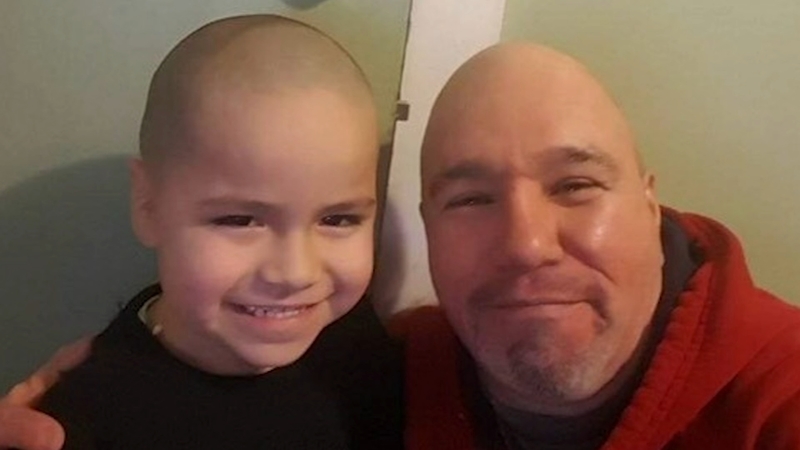 CHICAGO (WLS) -- It's been just over three weeks since a man was killed in a hit-and-run crash on the University of Illinois Chicago campus after a cellphone sale went wrong.

Police arrested the driver involved in the collision that killed Jesus Vilchez in June. But the driver was later released after the Illinois State's Attorney's Office didn't file charges.

"This was a life that was taken away," said Eva Marin, Vilchez's wife. "He was hard working and responsible and I need some answers."

Surveillance video caught the hit and run as it happened. The footage shows Vilchez speaking to a driver before being caught in the vehicle, dragged and thrown to the ground. Another vehicle passes, but no one rushes to his aid.

Attorneys for the family said the incident stemmed from a Facebook arrangement Vilchez set up to buy a Samsung Galaxy S10. They said Vilchez met the sellers outside of the restaurant where he worked. They exchanged the money and phone before the driver drove away with Vilchez caught against the vehicle.

"There has to be a thorough investigation into what happened in this case," said Pilsen Law Center Attorney Arturo Jauregui, who's representing the family in their wrongful death lawsuit.

"The Vilchez family, they do not want Jesus to be forgotten so lightly. They want answers, they want justice," Jauregui said.

"The UIC Police Department conducted thorough interviews with the driver and passenger of the vehicle and another witness on June 20. The State's Attorney was contacted and no charges were approved; therefore, the driver was released pending further investigation. UIC Police department is keeping the family informed on the status of this ongoing investigation."