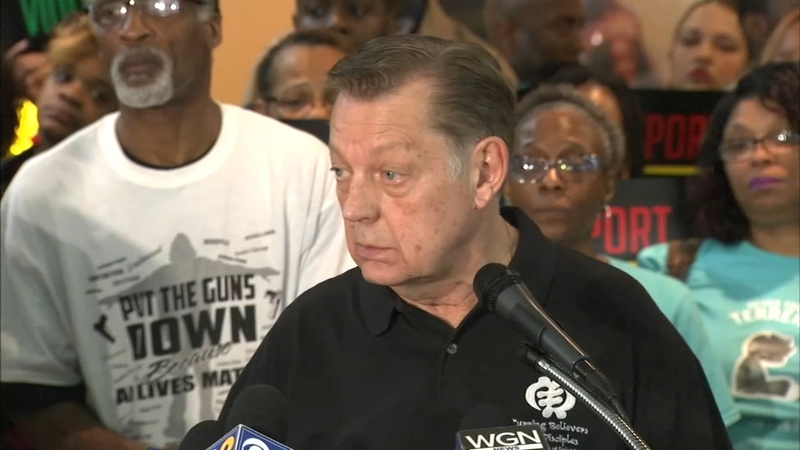 CHICAGO (WLS) -- The Archdiocese of Chicago said Friday that it has received a letter from the Illinois Department of Children and Family Services stating that DCFS has concluded its investigation into Father Michael Pfleger, the St. Sabina pastor who faces two sexual abuse allegations.

The archdiocese said DCFS has completed its investigation into Pfleger and said in part, "DCFS has determined the report to be 'unfounded.' This means that credible evidence of child abuse or neglect was not found during this investigation. This does not necessarily mean that an incident did not occur. An incident may have occurred but the evidence did not rise to the level required to indicate for abuse or neglect as dictated by state law and DCFS Administrative Rule."
RELATED: 'He will be fully exonerated': St. Sabina announces 'full support' of Fr. Pfleger after child sex abuse allegation