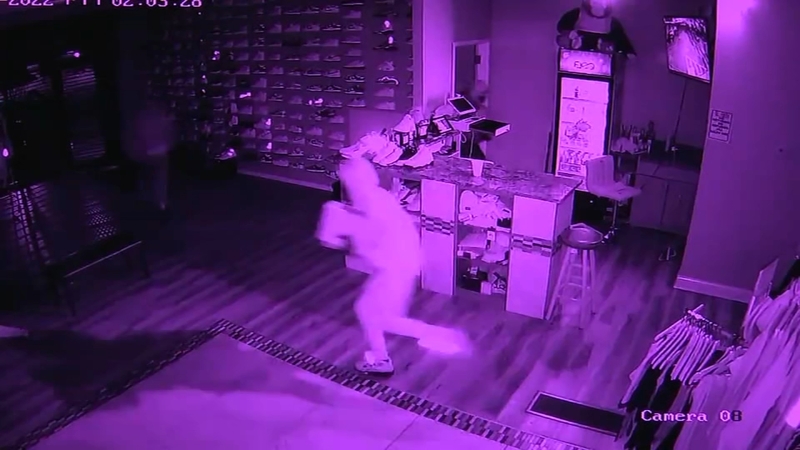 CHICAGO (WLS) -- Two stores just steps away from each other were burglarized Friday morning on the Near West Side.

Surveillance video from high-end retailer Flee Club showed suspects breaking through the metal security shutters and glass. They stole high-end shoes and clothes worth close to $40,000.

The smash-and-grab burglary marks the fourth time this store was broken into, something that has been incredibly upsetting to the owner.

"It's heartbreaking, it makes feel so bad every time," said Darris Kelly, owner of Flee Club.

Then, a few doors down, a mini-mart was hit.

Photos from inside showed damage to the entire store, which the owner said they are trying to reopen for business Friday. The co-owner said they took over the business just six months ago.

"We're very much upset," said Arivarasu Natarajan Anbazhagan, the mini mart co-owner. "We always thought that is happening somewhere. We always have that sympathy that someone lost their things. But when it happens for you, you feel very different."

As police investigate, these small business owners are left to pick up the pieces and try and recover in an already tough time.

"This has put such a stoppage to my business, just because I don't have inventory," Kelly said. "I need more inventory just to open up. It's just bad"